How to Enable GodMode in Windows 7

‘GodMode’ unlike the name suggest is just a folder that contains all the control related to windows. This discovery was made recently and has gained a lot of interest among the Window users. The GodMode can also be enabled on Windows Vista too. To enable GodMode, create a New Folder in your Windows 7 anywhere you wish. Name this folder as: GodMode.{ED7BA470-8E54-465E-825C-99712043E01C} 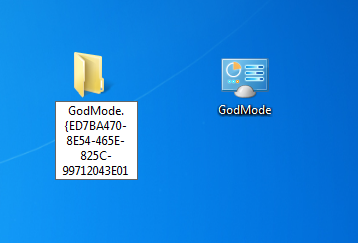 Once you rename the folder it with the given code and press enter, the folder will be named as GodMode and its appearance will change. When you open the folder, you’ll see all the controls in it. It has more than 250 useful control that can change the settings of your Windows. Don’t get excited, it’s just a all-in-one control panel! 😛

Update: Creating this file on Desktop might create problems with Explorer in Windows Vista. It’s better to place it inside another folder.