gScreen is going to release a dual screen laptop with identical 15.4″ screens. Before it creeps us out, let’s see why gScreen believe that this is a necessary product. According to the company the dual screen laptop will be a great help for graphic designers, photographers, filmmakers and nerds. It’s named spacebook because the two screens combined will give a total of 30 inch screen size. 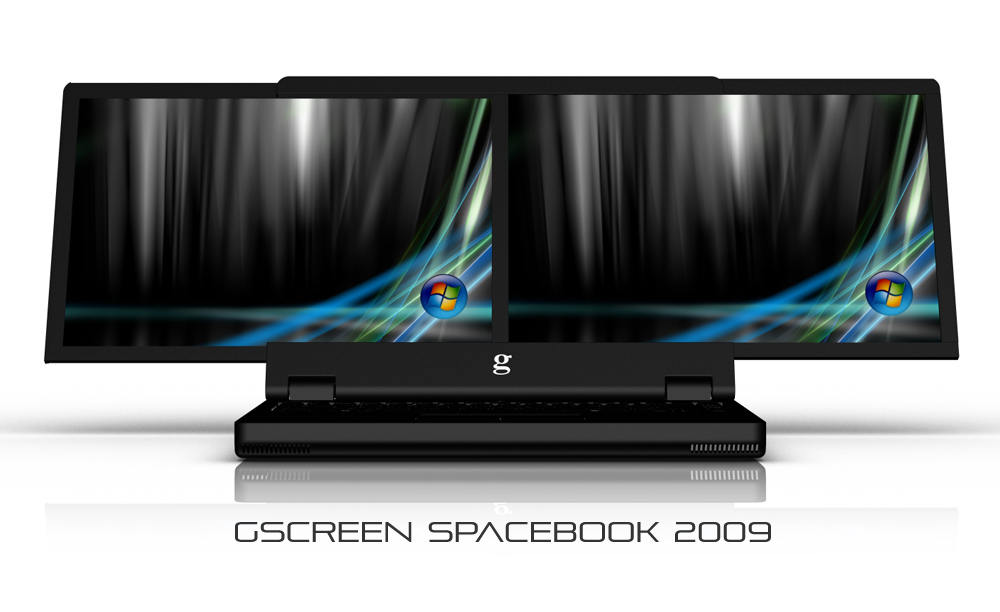 The specs clearly speaks that this machine can handle multiple screens even in extreme processing and operating environment. However the price is expected to be somewhere near $3,000 which makes you think twice.  Literally, people can use 5 screens with their desktop system in that price. However as said earlier if you want dual screen portable device then this might be the only choice. The target customers seems to be very less but we have to ask some designers about their views on it. Who knows there are people around who really wanted this product. You can use it in a single screen mode too but if you want dual screen just roll out the second screen from behind the first one.

The spacebook is expected to be released within this year. You can sign up at gScreen website to get the latest updates about the release of the product. Gscreen has announced that they will put the demo videos on youtube in 4 weeks time and then the product will be available for purchase, initially in 34 countries .