GoPro announced their flagship sports camera package, the hero 3. Hero 3 is the smallest yet the most powerful sports camera to make its way into the market, priced at $399.99 it is waiting to be mounted on sports gear and get to work.

This new model features an all new design with a chassis that is 30% smaller and more than 20% lighter than its predecessor the Hero2, and when stripped, it is only 20mm thick, talk about packing in beef. The new body is also flat, featuring a flat lens and a double lock secured plastic body. Lens is brand new, and it will capture 2x sharper images than the Hero2, offers better low light performance, reduced distortion and ultra-wide video capture.

Processor has been revamped as well which is twice as fast as hero 2 which gives it the ability to shoot twice as clear and advance videos. As we have mentioned that hero3 captures 4k videos, for those of you who are unaware of the term, it means that it can capture a video at resolution of 4000 pixels horizontally. This breaks the previous record set by hero 2 of recording 2.7k videos. But with new features comes new problems, although powerful but the 4k resolution would only produce 15 frames per second, not to worry though, it will produce 30 frames per second when switched to 2.7k resolution. 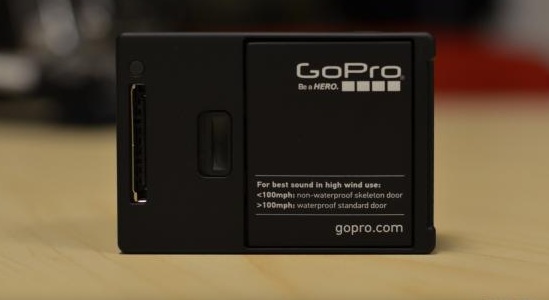 The list of format goes on, hero3 can produce 1080p Full HD at 60fps, 960p at 100 fps, 720p at 120 fps and 480p at up to 240 fps. So, I don’t think we have to praise it any more as the specifications speaks for themselves. You might be thinking that if it can produce such results why is there a need of 4k resolution, well to put it in my terms, it is always good to have something extra ordinary. 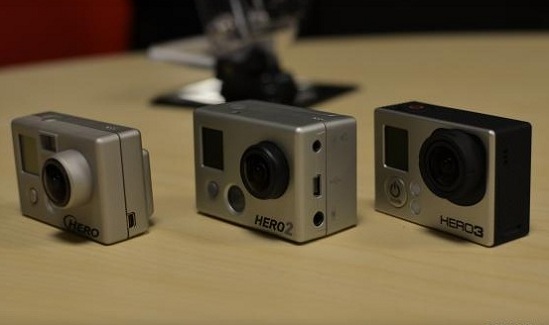 Enough of the video and let’s move on to the pictures, it can take those too at a maximum resolution of 12MP at up to 30 fps burst and in time lapse intervals as well. Hero 3 sets apart from hero 2 in many ways; another addition is the added Wi-Fi toggle button, all thanks to added Wi-Fi connectivity option. Unpack the camera and you would get smartphone compatibility for which an app is available on leading platforms, along with that, Wi-Fi remote, micro HDMI support, mini-USB connectivity, a microSD slot and a BacPac connectivity option completes the package.

There will be a budget version of the camera as well, dubbed the “silver” which will lose the functionality of shooting 4k, 2.7k or 1440p videos. The silver version will also cap on the video frame rate. Speculated price of silver model will be $100 less than its bigger brother, speaking of which there will be an entry level camera as well, the Hero 3 white, which will be sold at $199.99 which has even lower frame rates and maximum resolution of 5MP.

All Hero3 models feature a new smaller waterproof housing to accommodate the smaller Hero 3 chassis with flat lens cover that offers better underwater image quality with lower levels of distortion. The GoPro Hero 3 Black Edition, Silver Edition, and White Edition, along with a new range of accessories and BacPacs go on sale on October 22. Stay tuned for video samples sometime after the sun comes up.