The Google Chrome team is holding an event on December 7th at San Francisco to release the much awaited Google Branded Chrome OS netbook. The Chrome OS netbook will change the fact that ‘netbooks are good at nothing‘ for sure with lightening fast operating system targeted towards internet addicts. The idea is to have an affordable device for those who do most of their tasks on the web and/or cloud. 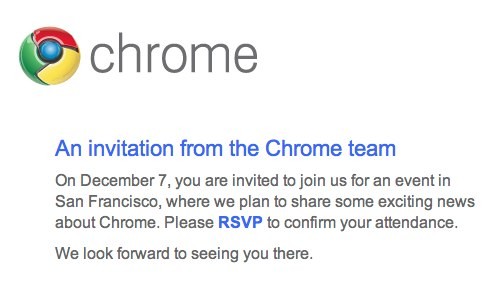 The netbook will have the specifications similar to those others in the market i.e. Intel Atom processor, 1 to 2 GB of RAM and a little storage space. But the differentiating thing will be the Chrome OS that will make the (lazy) netbooks, super fast. Below is the picture of actual keyboard of Chrome OS netbook (source: Engadget) tailored for web purposes; the Caps Lock key has been replaced with Search key, there is no Num Pad and the F function keys are no longer required. 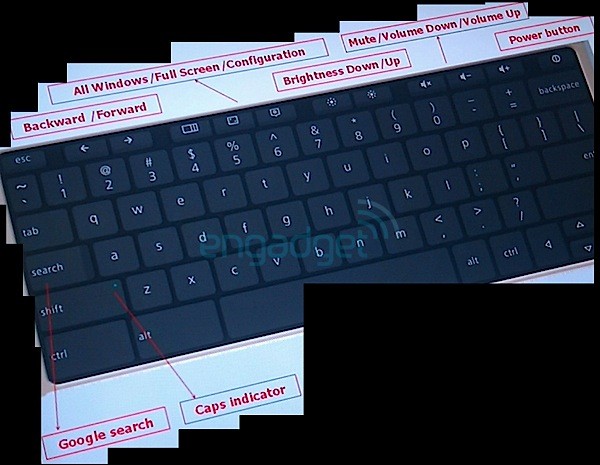 The Google Chrome branded netbook is nothing else than a standard netbook running Chrome OS, so it’s basically the official release of Chrome OS on December 7. You can definitely install the same operating system on your existing netbook and laptop (and we will tell you how-to).  To get a flavor of the OS before hand without messing up your existing operating system see How to make bootable Chrome OS flash drive.