A survey on tablets conducted by Google in March 2011 reveals that people spend most of the time on their tablet playing games. According to the report, gaming beats every other usage including emailing, searching, surfing the web and music/videos. This survey was conducted on 1,400 tablet owners in the United States. 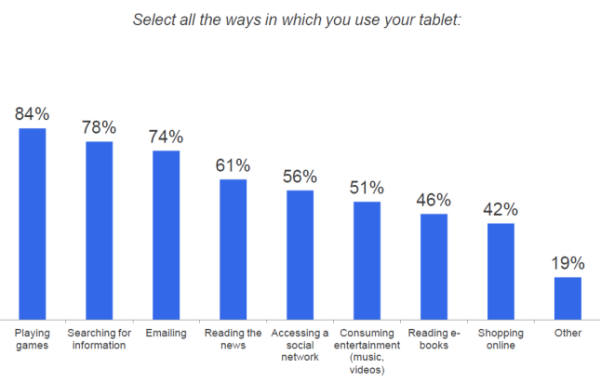 The survey also tells that 68% of the respondents spend more than an hour a day on their tablet and 77% users have reported a decrease in their desktop/laptop usage after purchasing laptop. This puts out an interesting fact that the tablet device is becoming the PC of tomorrow. No doubt, the prevalent response suggests that tablet is not their primary computer, but sublimely it’s becoming a major part of their daily routines. 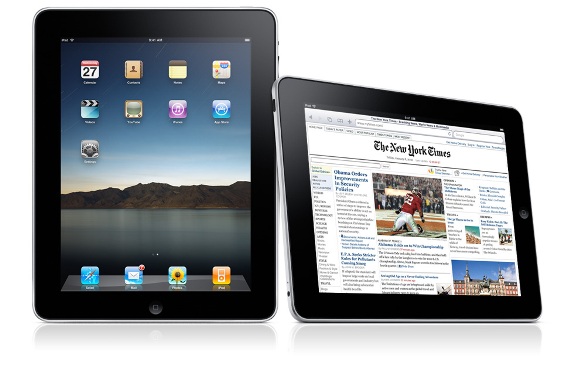 We believe that tablet manufacturers were aware of this well before, considering Apple’s A5 chip and NVIDIA’s tegra for tablets, both aimed towards graphics. End user wants a better graphics and gaming experience on their unconditionally slim tablet devices. This puts in a lot of work on part of hardware manufacturer and App developers who code the games.

77% respondents reported a decrease in laptop/desktop use after purchasing tablet speaks out loud that tablets are replacing desktops/laptops. Download Survey