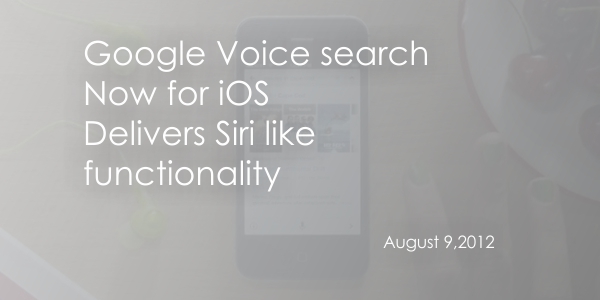 Google recently announced an upgrade for search app on iOS which will bump up a new feature. It is identical to what Android users see on their Jellybean OS. However it will be different in ways from android, it will only do “voice search” and not incorporate in-app actions such as giving commands like “set an alarm for 4:30” etc. The new voice search app will be available for iOs devices which do not support Siri natively i.e. iPhone 4 and earlier. Which is a good move but it would have been better if they allowed manipulating with the system apps. 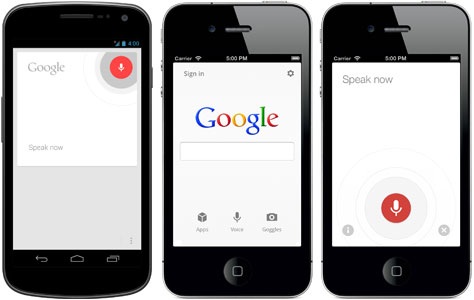 Featuring a clean and slick minimalistic white design which we have seen from Google is a sight for sore eyes, very easy to understand interface. The app will definitely compete with siri, the full functionality can be seen on Android devices running Jellybean; Google voice delivers intelligent search; according to Google it is intelligent because of Google Knowledge graph. What knowledge graph does is connect billions of data into a pattern and connect them logically, like if you ask Google search about say “Harry Potter” it will include the pictures of the cast and Biography of J.K Rowling and other related articles.

Google is also working on incorporating your Gmail messages in voice search, imagine asking Search to display messages or email like “Show messages by John Doe”. Google are devoting a lot of efforts on their voice search, they have tried to compete with existing successful Applications before *cough Google+* but not that successfully, however the portability and the fact it will be on two of the most widely used operating systems in the world might give it an edge.