Google has officially unveiled the long awaited Nexus devices revealing the 10 inch Nexus 10 and the next Google phone made by LG i.e. Nexus 4. The devices feature the latest Android OS, Jellybean 4.2 which retains its name but offers many new features and improvements. So, without further to do, lets take a look at the devices one by one

The bigger brother of fairly popular Nexus 7 is the Nexus 10 which sports a brilliant 10.1” screen at a resolution of 2560 x 1600 and pixel density of 300 pixels per inch, which staggeringly is greater than the current tablet king i.e. the iPad 3. Boasting 3GB RAM and a dual core cortex A-15 chip, the tablet will undoubtedly give iPad a run for its money, how much we are talking about? Well, Nexus 10 will cost you $399 for 16GB version and $499 for 32Gb version which is still $100 less than the iPad. 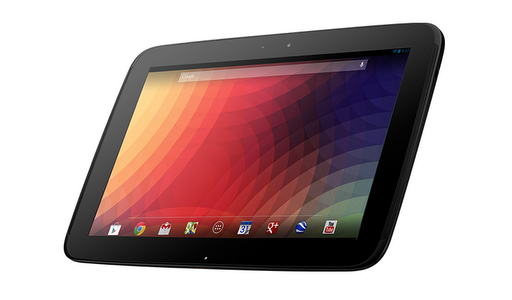 Featuring a gorgeous screen, the tablet instantly won our hearts, and its not just the screen, the overall construction and the price tag makes it a perfect deal for those who were stuck deciding between an android tablet or an iOS one.

The Google phone lineup gets revamped as well with the induction of Nexus 4 made by LG. The phone is powered by a Quad core S4, the same we saw in LG Optimus G which was a little unimpressive in front of its competition i.e. Galaxy S3 and the iphone 5. Featuring a 4.7” screen and almost the same design as the Galaxy Nexus, the device will boast an 8Megapixel camera, 2GB RAM and Adreno 320 GPU which as very powerful and effective for gaming. The phone like the Nexus 10 will be running Android 4.2 out of the box and you will be given an option to buy the 8 or 16Gb model with no expandable option. 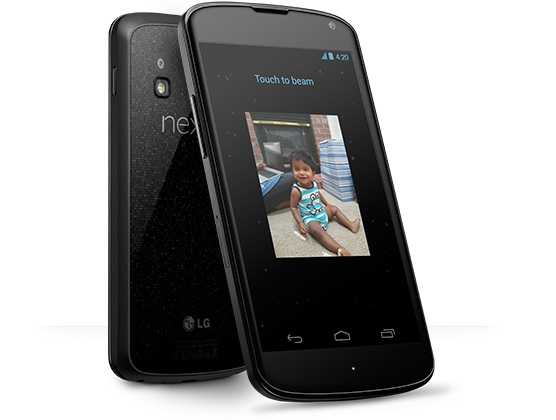 The phone is juiced up by 2100mAh battery which will last you good enough for a day’s use, along of which, Bluetooth 4.0, Wi-Fi, NFC and HSPA+ fills out the connectivity options. Considering that LG Optimus G did not support LTE, the Nexus will leave out that option as well. Coming to the closing part, the price, The 8Gb model will cost you $299 meanwhile the 16Gb will cost $349 SIM Free, if the phone performs well under pure android experience, the price tag is a bargain.