Google’s webOS stint did not do well since its launch at last years I/O, but hoping for rejuvenation, Google has teamed up with Samsung to bring out the all new chrome book. The product in specific has a 11.6” screen which is modeled and produced by Samsung and will be sold for a nifty $249 for the regular version and $330 for the 3G option.

The new chromebook sets itself apart from competition as it utilizes ARM based processor. The new Chromebook has a dual-core Exynos 5, 5250 processor which is an A15 based SoC chip. At a glance the chromebook resembles an ordinary netbook, but look deeper and you will notice that it is much sleeker and lighter than other webOS books and netbooks. 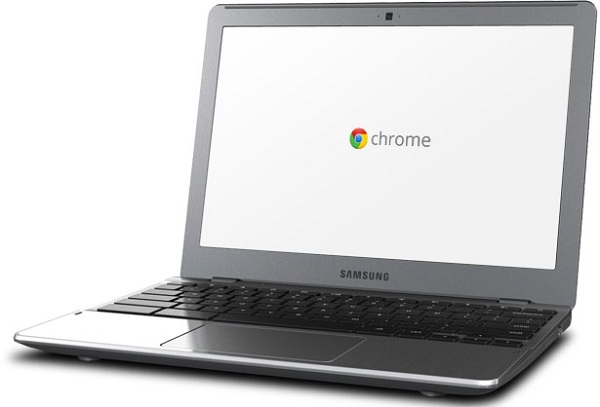 Boasting a resolution of 1366 x 768, 2GB RAM, 16GB built in SSD NAND, 100 GB google drive storage, Wi-Fi, USB, HDMI-out, SD card slot and Bluetooth option, it does well specification wise and memory is just about right to play 1080p videos at 30fps. Battery is a little worrying though as it produces only 6 hours of usage, we say that because ultrabooks which run at higher specifications last twice as much.

For a price tag of $249, the chromebook seems to be spot on in both quality and functionality wise. The design resembles that of Mac book Air, and the keyboard is laid out in similar chick let style configuration.  The chromebook will be available to buy starting Monday for a reasonable $249 for the non 3G version and $330 for a 3G model. Although not packing in massive hardware, it is just about right to get you through with your work, and remember, although equipped with an SSD, it only has a storage capacity of 16GB, but you could always use flash drives and Google drive for that extra storage option.