Google Chrome team has announced their first netbook running Chrome OS by the name Cr-48. Google is giving away this unbranded netbook for free to limited people via their pilot program. As for masses, Google netbooks by Samsung and Acer will be available in mid 2011. The Chrome team is sending emails to early subscribers to apply in the pilot program of Chrome OS and get an eligibility to win the Cr-48 netbook. 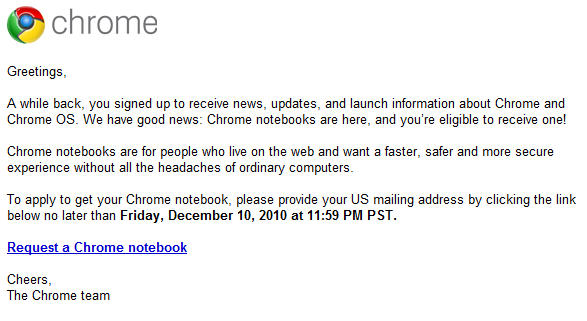 The Cr-48 netbook looks like a perfect replacement for your laptop giving you a full size keyboard,  a bigger trackpad and a 12.1 inch screen. The netbook has built in 3G and WiFi connectivity along with Webcam and a flash storage. We’re not sure about the processor and the screen resolution for now. Google claims the netbook to give 8+ hours of active use while running on batteries and 8 days of standby time making it perfect for On-the-Go users. 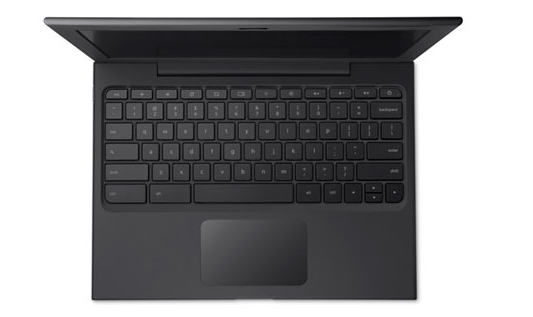 This netbook may not beat others in specs, but it will surely in price, size and operating system. Besides, it’s not available for sale; only through pilot program to limited users. I would love to be among the first ones to have a Chrome OS based netbook. You can also apply to Chrome Book Pilot Program.