Google Announces another Chromebook, this time Acer takes a shot

Another day, another gadget. This time around Google took its turn and announced another Chromebook, this one in comparison is designed and made by Acer and will be slightly different than the Chrome book made by Samsung. The new chrome book is extremely aggressively priced, I am confused if I should go for the Nexus 7 or get the chrome book. 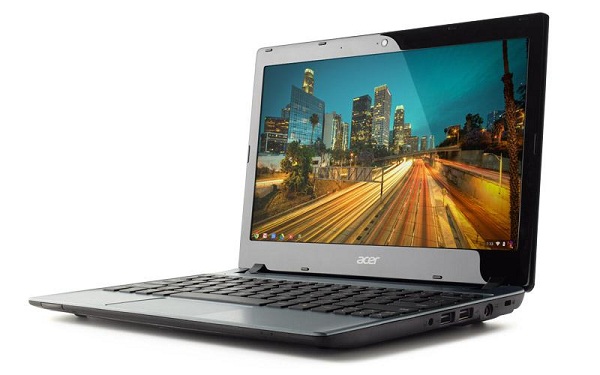 Priced at just $199, yes, you read it right, the chrome book will feature an 11.6” display.Unlike the previous chrome book which ran the Exynos powered processor, the acer machine will run on intel core processor, 320 Gb hard drive, 3.5 hours of battery life and the light yet powerful OS i.e. Google Chrome. In contrast to the machine made by Samsung, which has an on board 16 GB SSD memory, we believe that acer’s one might do slightly better.

According to Google, the machine takes just 18 seconds to boot, and thanks to its processing capabilities, 1080p videos will be streamed without a hitch. Chrome OS is no backbencher, it can perform daily tasks quite easily; for someone who is looking for a device to browse the internet and use productivity applications, we believe it would be a perfect purchase.

So, got excited? Us too. The chrome book will soon be made available across US and UK on Google store. However, you can order it today on Bestbuy.com. Do you think it is a better deal than the Samsung chrome book ?