You might have heard of dual Sim mobile phones, what about dual OS ? As this year is among one of the most competitive smart phone year with number of products from different vendors already struggling for their place in market. Chinese company Sunno is working on its new phone named S880. The handset will be capable of running Android as well as Windows Mobile operating system. 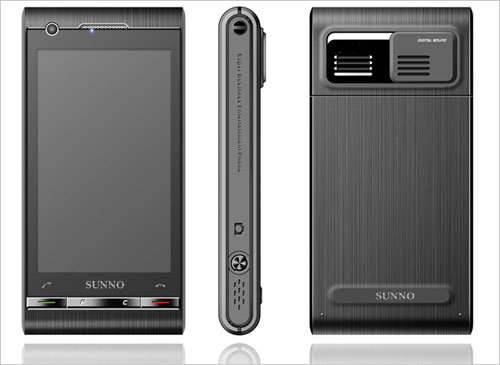 Besides dual OS boot ease Sunno S880, it will be equipped with 806MHZ CPU, 8-mega pixel camera for eye catching photos and videos, GPS, WIFI memory size 256/128MB in a 3.6-inch Wide-VGA screen that will work nicely with both Windows Mobile and Andriod. Now you can  use the business-friendly Windows Mobile during the work day and then flip over to the Google’s Android during your downtime.S880 is announced to hit market on 15th of October and there are no words about pricing by Sunno.