2009 was a great year for smartphones, netbooks and handheld devices. One thing is now confirm; people want portability with full functionality and speed. Recently Gmail team has worked out Gmail for mobile and now announced that it’s 2-3 times faster than the previous version. The team claims that on newer iPhone and Android devices, the Gmail app now loads in under 3 seconds. 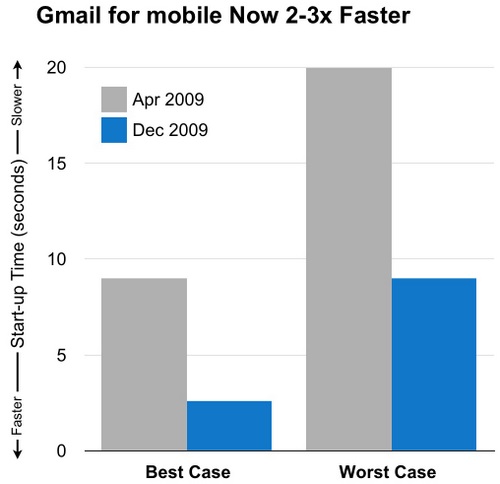 Alex Nicolaou, Engineering Manager says that the story doesn’t ends here, they have a long way ahead. As the mobiles get smarter they need new, faster and better apps. Gmail mobile app is progressively growing in performance since last few months and in future it will get better.