Get native Google Maps experience on iOS 6 with Maps+

Apple Maps has received fair amount of criticism due to its lack of luster performance, jittery location services and distorted maps. Apple admitting to their mistake released an official statement apologizing about the maps and went as far as suggesting different applications as “temporary alternatives”. Users were hoping for a Google Maps application to be released like the one for YouTube however, according to Google the App is months away from being launched. If you want the Google experience, try the following alternatives:

If you have updated your phone to iOS 6 or you bought the iPhone 5 and struggling with Apple Maps, you could go to Safari app on your device, open url www.maps.google.com. This will open up web version of Google Maps; now find a little arrow at the bottom of the screen to add the page as a book mark. When you press it, an icon will appear on your home screen that you could use to jump straight into web Google app. 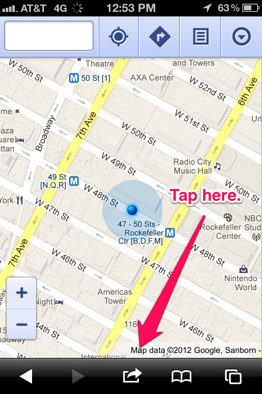 Keep in mind that since it is a web application, it wont run as smooth as a native application you might experience on an android device or iOS 5 maps, but still it is better than what you get from Apple.

The main alternative is Maps+; it uses the Google Maps at source but with it’s own flavor on the top with added features. Considering that it uses Google Maps data, everything you loved about maps in iOS5 is back: Standard, satellite and terrain maps along with car, bus, cycle and walking routes so typically you are getting what you lost in Apple Maps. 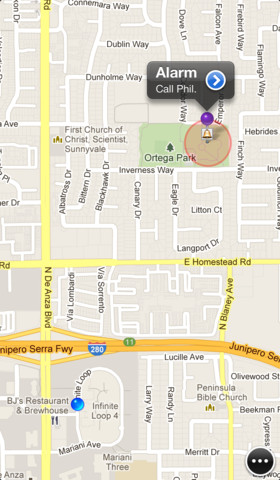 Along with Google Maps functionality, new features are there as well, you can set location based alarms, socialize with tweets and even share your data like routes, tweets, calendars, alarms and pinned locations.

We recently concluded a list of alternatives for iOS6 Maps, you can go ahead and check them out as well. But if you want the old look and feel back than you don’t need to look anywhere else. Maps+ is a free to download application, but there are in app purchases that will allow you to bookmark and share for $2.99. If you wish to download Maps+, then you can follow Maps+ iTunes link.