Samsung is in the news again, with a smaller version of Galaxy S3 in their hands this time. Samsung is due to announce the mini S3 today, but in the world we live in, everything gets out early (not a pun). If you felt that Galaxy S3 is too big to handle and carry around with you and you would stick to Samsung products then it just might be your pick. The alleged phone will have a dual core processor (rather than quad core) and 4 inch screen, along with that, several other hardware changes are expected. 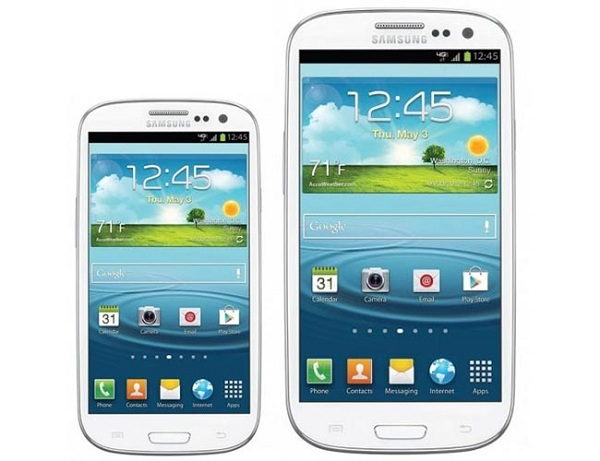 The screen will boast Super AMOLED display of WVGA resolution, it essentially would be like the one on Galaxy S (original). Furthermore, the phone will be powered by a 1500 mAh batter which is just enough to get you through the day and a rear 5 mega pixel camera. The specifications indicate to a budget galaxy device, although, we haven’t seen “reasonable” prices from Samsung before but this must be sold below $350 price tag. Check out detailed specification list.