Samsung displayed its new flagship phone in the recent IFA; according to Samsung the update to original Note will have a 5.5” screen and will feature an S-Pen as well – we have seen the S-Pen in the original Note and recent tablet i.e. Galaxy note 10.1. The phone will feature the latest OS by Google i.e. Android 4.1 jellybean, which is great because many recent new phones featured ICS, this will be the first Samsung device to have Jellybean out of the box. 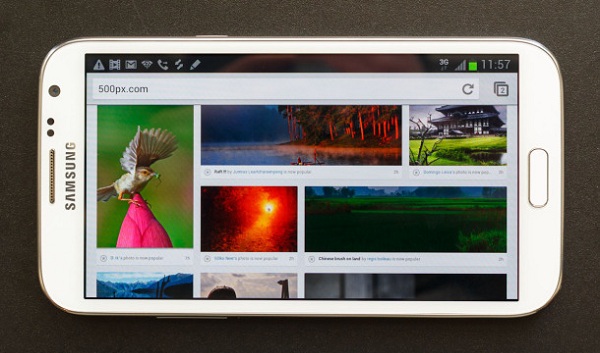 Galaxy Note II will be available to buy this year; Samsung also announced that they will soon release a US version. This means that the version that was showcased is the international version. Coming back to specifications; Galaxy Note II is thinner than its predecessor and has a 2GB of RAM n board, along with that a Exynos 4 chip is on board which will be clocked at 1.6GHz, so far for the features, they are spot on; the availability however is not known. Most likely Samsung will release the device in September in Europe and a US friendly version in October.

Prices are not known as well, but it will be in sub Galaxy S3 range considering the power it packs and the beautiful 5.5” super AMOLED screen.

Following are the specifications that were revealed during IFA, the pricing is not yet confirmed and exact availability date was not revealed as well:

The Samsung Galaxy Note II will ship in Europe this October with US and worldwide availability to follow shortly afterwards. Unfortunately, the pricing is yet to be revealed.