Skype and Oovoo chat have been the leaders in VOIP calling but when it comes to free connectivity via mobile devices Fring has been really popular, ever since it became available on the iPhone and launched video calling about a year ago.

Fring has now announced that it has created a free, group chat application for mobile devices which is now under beta testing. This means that most Android and iPhone users can now video chat with up to 3 more fringsters. Although it is still under testing, a limited number of users can opt in to test this device by filling a form on the Fring Website. 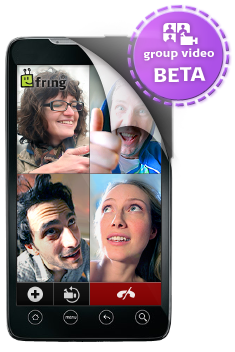 This feature will obviously be limited to high-end devices which have front facing video-calling cameras. The video chat feature is currently available on the iPhone/iPod touch, Android devices and Nokia Symbian 9 mobile phones.