CompuLab after the successful release of Fit-PC 2 have announced the Fit-PC2i featuring  Wi-Fi and weighing on 13 ounces including hardisk. CompuLab gives you the choice between Windows 7 Professional, Windows XP Home with SP3, Ubuntu Linux 8.04. The mini PC is useful for not-compute-extensive tasks and measures just 4- x 4.5- x 1.05-inches. 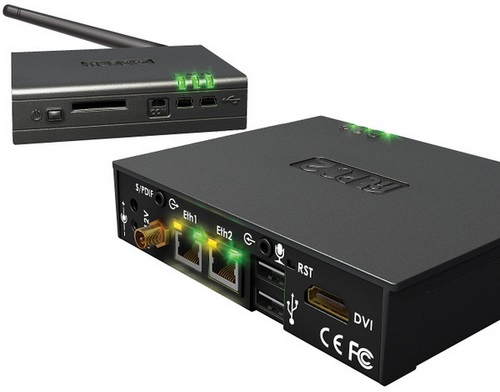 The best thing about this PC along with other nettops is the power consumption. The uses very little power to give relatively good performance for normal use. Fit PC 2i uses 6W at low CPU load, 8W at full CPU load and less than 1W at standby. The PC has 2 Ethernet ports which makes it a perfect cheap solution for networking applications. 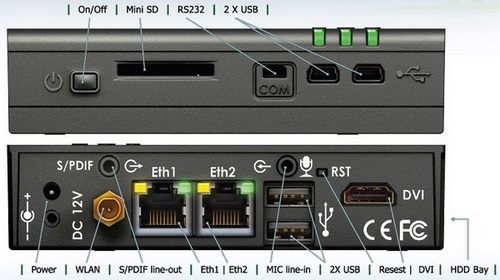 According to the company the Fit-PC2i features up to 2GHz CPU, up to 2GB RAM, 2 Gigabit Ethernet ports, both Internal SATA hard-disk and optional on-board flash memory,resolution support up to 1920×1200 and digital audio 5.1. All in a fan-less aluminum case. Wow! that’s cool. The device is expected to be released in January 2010,no price details disclosed yet.