Firefox Mobile to put an end to App Store

As we heard recently that Mozilla is developing a mobile version of Firefox (since 2007) known as Firefox Mobile and code named: Fennec. The Fennec will be able to render complex HTML and Javascript and open a new door to Mobile App development. Unlike iPhone app development, anyone having a little knowledge of HTML and Javascript can develop an app. 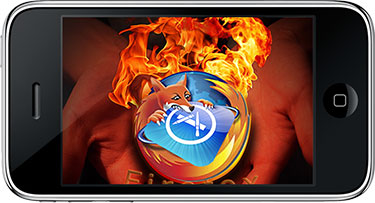 Mozilla will be releasing the First version of Fennec on Nokia’s N900 handset. Meanwhile it’s under development for almost all smartphones that offer Android, Nokia’s Maemo, Symbian and Windows Mobile. However the Fennec app will be unavailable to iPhone. This will start another big battle of Apps between Apple and Mozilla. Mozilla VP Jay Sullivan says that Fennec will “put an end to app stores like the iPhone’s App Store or BlackBerry App World.” This indeed is a big statement and we see that they are real confident about Firefox Mobile. The mobile version of Firefox will also be welcome by Firefox lovers as it’s being used by 10 million users a day.

The overall goals for Mobile Firefox are:

As said by Mozilla, it will provide tools, SDK and all the supporting document, just like Apple, for the developers interested in making Apps. Fennec will support all the standard features plus enhance user interface to increase the smartphone experience.

These are only few features that I feel important to mention. You can see the rest of the features of Fennec here. Web is the future, and everything is being shifted to web. So Fennec has a bright future and now we’ll see mobile web app getting a lot of fame instead of native applications. Who knows that in future the Mozilla Mobile Firefox comes with free utility apps.

The development of apps on Fennec won’t be much different from developing an webpage or web app. It’ll use the same technology and web developers (who don’t have grip on C) can make apps for mobile too. Stay in touch to get the latest about Fennec.