WoW, what a month this is with all the Tablets falling out of nowhere. As the release of HP Slate draws closer and Apple’s iPad already being released, ExoPC announces their 8.9 inch Tablet PC. The device is powered by the specs of a netbook i.e. Intel Atom N270 with 1.6GHz speed, 2GB of DDR2 memory and a 32GB solid state storage. The ExoPC Tablet uses Windows 7 professional as the operating system which means full browser support including Flash. And yes, it also supports Multitouch. 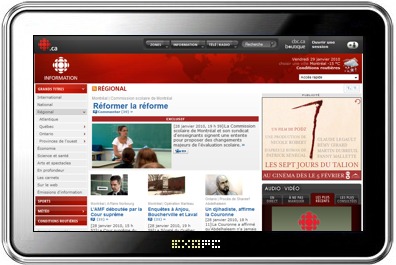 The 8.9 inch screen supports a resolution of 1024 x 600 pixels. The device has a built-in WiFi 802.11 b/g, bluetooth and Ethernet. The device looks like a complete PC having 3 USB ports, webcam, VGA port and inputs for headphones and microphone. Moreover it has a SIM slot supporting CDMA networks. The ExoPC Tablet has a battery life of 4 hour which is far less than iPad. The device is priced at $599 and will be available for purchase in March this year.