EVGA has targeted to pioneer the GPU industry and it is now introducing  multi-BIOS graphics card which has improved control over clocking and BIOS recovery techniques working at the back end which enable the recovery of the BIOS with just of few switch flips and clock boosting has also been made easy. On demand provisioning and core optimizations with ease are some of the hallmarks of the new launch which has been announced on the official EVGA website  recently. Not only this, but three of its cards actually have three BIOSes rather than one (or two). 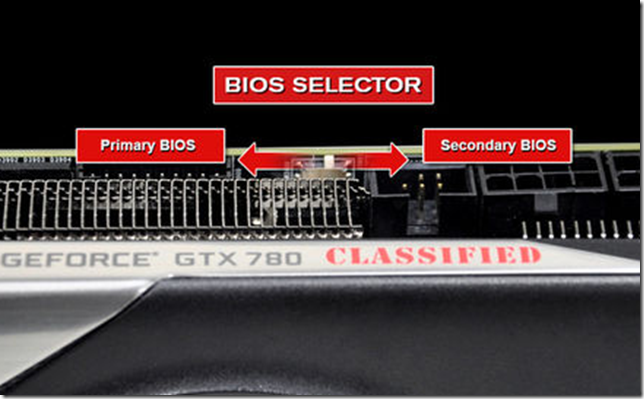 Multi BIOS GPUs are divided into number of classes and primary , secondary BIOS core divisions . Multi core BIOS allows you play with different nirvana of the game playing capacity and lets you leverage the compute intensive calculations across different platforms.  OverClocking potential and fan speed customizable control are some of the most useful features of EVGA double BIOSed graphics cards. They allows you to have one BIOS set to stock settings as a failsafe, and use the secondary BIOS as an over clocking BIOS hence elevating the speed and control of your card. You can install customer BIOS without getting your cards blocked or overheated.

Here is the official Web outlet of EVGA explaining the features and having a list of Double BIOS graphics card available.