Eric Schmidt: Nexus S with Gingerbread coming out in ‘Next Few Weeks’

Google CEO Eric Schmidt has showed off the next mobile from Google at Web 2.0 summit. He calls it an unannounced device and didn’t reveal anything about the carrier and manufacturer. However, the news has already spread that this mobile is the next version of Nexus, calling it Nexus S, manufactured by Samsung. The device will be using t-Mobile network and the latest, yet to be announced, version of Android (gingerbread). 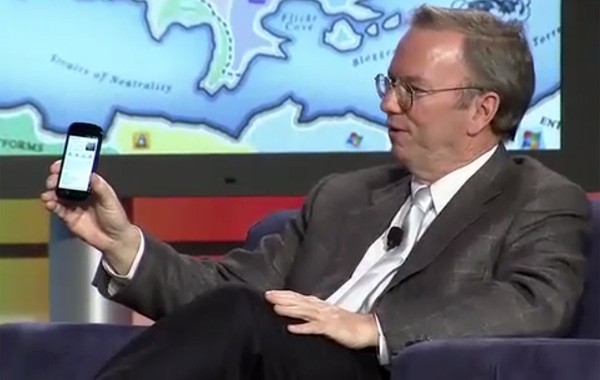 Eric said that the device and software will be official in the next few weeks, so it’ a good chance that you’ll have it in your pocket these holidays. In response to a question, he accepted that Android lack in the application base and they certainly look up to iPhone’s success. But to reach the goals, ‘Android first needed a bigger user volume, that what we have achieved over past year.’  He believes that Android has managed to reach a user volume where developers are now attracted in making mobile applications for Android platform.

You can see the whole talk in the video below, also a  bonus video that shows gingerbread “screen off” animation.