A lot of Apple fans were disappointed after the release of iPad, as they expect a lot more with all those rumors going around. Many believe that it’s useless without the camera and HDMI port and just a magnified form of iPod Touch. A good news for those who don’t like iPad is that Dell’s Mini 5 Tablet is coming in a couple of months. 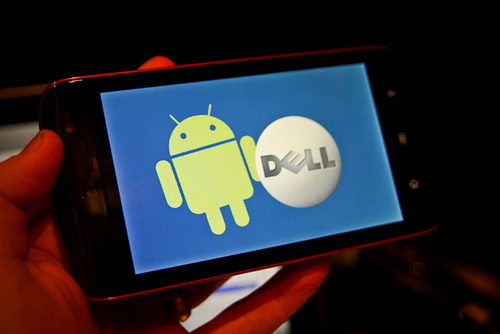 Tech Crunch  posted an exclusive video of actual dell mini 5 in hands of Micheal Dell. The 5 inch Tablet is based on Android and have 3G support. Moreover it has multitouch support, a 5 megapixel camera, WiFi and a SIM slot. These specs are really cool and this could turn out to be iPad replacement. We’re not sure whether you’ll be able to use it as a Phone, or it’s just a Tablet.

I believe a size of five inch is ideal for a hand held device. The screen is bigger than 3.5 inch of iPod Touch and iPhone which makes is better for browsing, playing games and reading stuff. The exact release date and price are not disclosed yet, but seeing it on video confirms that it’s right around the corner.