Dell Mini 5 to provide a balance between Portability and Productivity

Netbooks are a total crap providing neither portability of a smartphone nor the performance of a laptop. Moreover, many people don’t prefer carrying multiple devices in their hands. Will a 5 inch tablet be the next generation device to provide the functionality of a tablet and a phone? Well it seems that Dell think it will, as we are nearing the release of highly anticipated Dell Mini 5 this year. 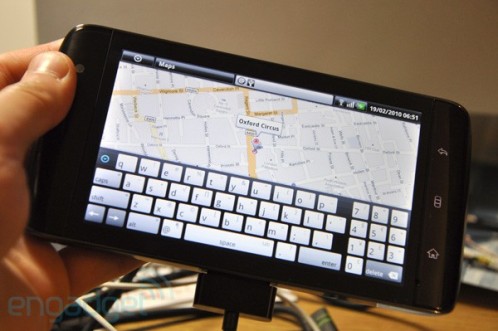 Engadget provides a complete review of the Dell Mini 5 prototype. The 5 inch capacitive touch screen with a resolution of 800×480 gives the device a great edge over iPhone and iPod Touch. It is powered by a 1GHz processor, more than 400 MB of RAM and 1.63 GB of storage. However this is just prototype, the final release is believed to have more RAM and storage. Like Google Nexus, the Dell Mini 5 will also use Android Operating System. Moreover, it has a WiFi, 3G support, GPS, SD card slot and a 5 mega pixel camera.

The five inch tablet, weighing 8 ounces, is the right size for your pocket. It is neither too big nor that small, providing a great web and video experience in your hands. Still there is no word on price and release date. Dell is playing very strict this time, but seeing the prototype working nicely, we hope to see the final product very soon.

You may also want to read: