After much speculations and video teasers, ASUS has finally made PadFone Infinity official in Taipei just a few hours ago. The balletic master piece from ASUS features 2.2GHz quad-core Snapdragon 800 SoC, along with the addition of a microSD slot, secondary microphone for noise cancellation and normalization. Unsurprisingly, the internal storage options have been lowered to 16GB and 32GB. 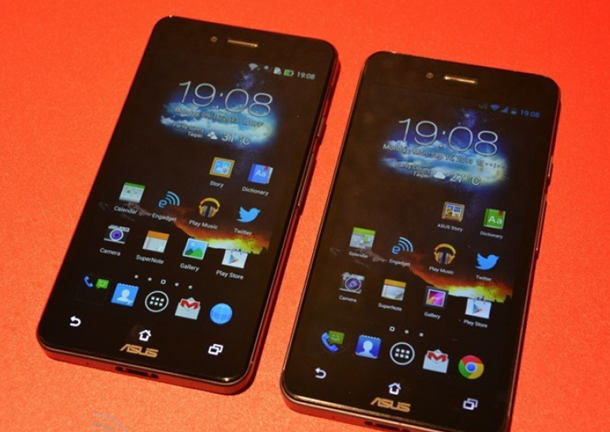 Here is a peculiar part in PadFone which was missed in most of the leaks and teasers. It  has new diamond cut on the metallic backside, which gives the phone, a more premium look. According to much impulsive ASUS’s CEO, Jerry Shen, the device will roll out in two colors, the nimble Titanium Black” and “Platinum White.

Coming to the software, there are gentle facelifts and revamps here as well. Padfone is based on 4.2 and the good news is that the original PadFone Infinity will also receive this update in a few days according to ASUS officials. As for the Camera, ASUS came as a sharp jagged corporate entity because the instead of snagging the old 13-megapixel f/2.0 imager, they decided to tweak it up with PixelMaster software feature, which combines multiple pixels to form a smaller but sharper and cleaner 3-megapixel image. But it will remain still a 3MP camera, after all, you need to lxx money to elevate megapixels folks, and SONY seems quite generous in this cam race.