Asus churns up another impressive device – the pad phone 2

After the rather impressive Nexus 7 ASUS got into the highlight, formerly known for producing the best notebooks and desktop utilities (yes the best) ASUS shifted towards hand held devices introducing tablets and phones on the way. The latest device announced is the pad phone 2, which packs a lot of power and can be converted into a tablet by sliding it into a separate casing. It is an upgrade to existing pad phone model and good news, the bulky figure is gone and now it’s a sleek new device. 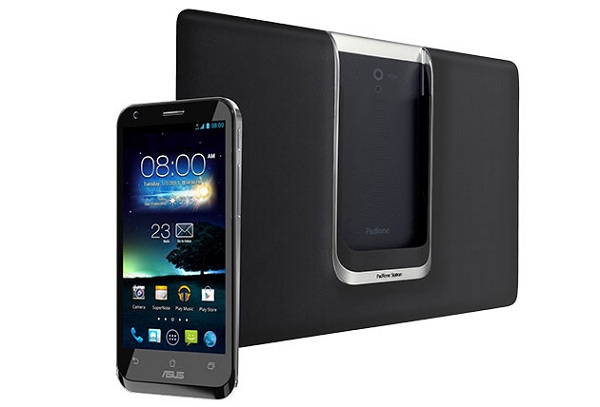 On the front there is a huge large display to show off; measured at 4.7” the true HF AMOLED pentile display produces sharp and impressive pictures. The back of the device sports a 13 megapixel camera, surrounded by rippled aluminum back and along with tempered aluminum bezel. Design wise it is a treat for eyes (at least for me). Most of us are familiar with pad phone concept, if not then there comes a bundled accessory that you could use to slide your phone in and make it a full tablet, although, it will not be sold along with the phone but will cost addition 600 Taiwanese dollars. 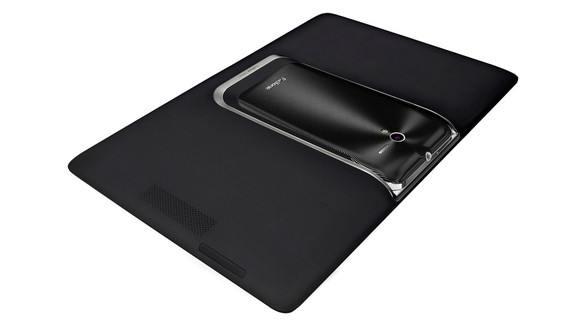 The phone sits securely into the dock and don’t worry, it won’t fall off. Docking the phone in and taking it out is a child’s play as well, the geared rubber grips along the sides of the dock secures the pad phone right into the dock. The pack of the pad is rubberized which makes it easy to hold and gives that needed grip. Here are further technical specifications:

An impressive device to say the least, it has the perfect hardware and specifications, plus that added dock able tablet makes it the perfect package. ASUS has geared up their lineup and stiffing up the competition, the price is reasonable as well, considering Optimus G with similar specifications costs around $900.