Vision 3D Series of Mini PC by ASRock, as we know of, packs Intel Core i processor family, 2 GB DDR3 memory (with a support of up to 8 GB), NVIDIA GForce GT425M graphics and as the name suggests supports 3D vision technology by NVIDIA. ASRock has announced the update to this series calling Vision 3D Second Generation Series by introducing Sandy Bridge and more power to the box. 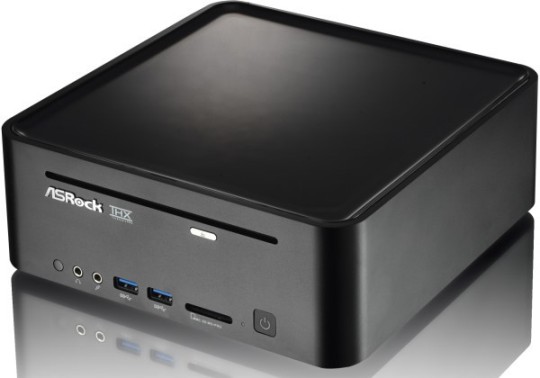 User will have the option to chose between the Core i3, i5 and i7 of the Dual-Core Mobile Sandy Bridge Processors. The Intel’s mobile chipset has been upgraded from HM55 to HM65 and DDR3 RAM from 2GB-1066 to 4 GB-1333. The second generation can support up to 16 GB of memory. Another major update is GT540M with 1 GB DDR3 memory compared to previous GT425M. The rest of the specs are pretty much there same.