Are netbooks dumb? Not anymore with NVIDIA’s next Gen ION

NVIDIA Ion has been a success enabling healthy graphical support to low end devices such as netbook, nettops and All-in-One desktops. Among the netbook manufacturers, ASUS, Lenovo and HP were on the top of the list to market  netbooks based on NVIDIA Ion. Those netbooks were a great success and had quite an edge over non-ion based netbooks. Although Ion was a mind blowing product, yet it had some deficiencies. One main deficiency was the absence of On-Chip memory or dedicated memory. Secondly, it doesn’t supports CUDA architecture which now is being used by many applications especially in accelerating YouTube videos by Adobe Flash 10.1. 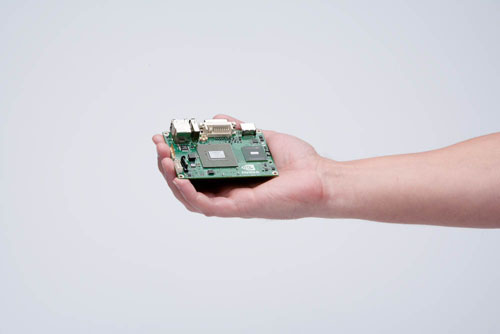 Few days back, NVIDIA announced the release of next generation ION platform that eliminates all these deficiencies. In a nutshell the New NVIDIA ION is capable of delivering 10 times better graphics and extending the battery life of the same netbook to up to 10 hours. According to NVIDIA, the credit goes to Optimus Technology – Optimus knows how to:

According to press release, 30 products having the next Generation ION will be released by different manufacturers by this summer, majority of them will be netbooks and small form factor desktops.

Enjoy as long as 10 hours of battery time, watch full HD (1080p) videos, play top games, enjoy the powers of CUDA, surf the web efficiently on your 10 inch netbook! The fact that new ION have a dedicated graphics memory is enough to prove that the next generation netbooks will be more effiicient. For complete Technical specs of New ION visit this page.