It is almost here; yes the official announcement by Apple reveals that they will be announcing a new device (hopefully the iPhone 5) on September 12th. If that is the case then the previous rumors and suppositions were true and that – the pre orders will begin on the same day rumor might be true as well. Apple did not try to hold back this year; usually they would deny the rumors but this time the welcomed them and carried on with it. 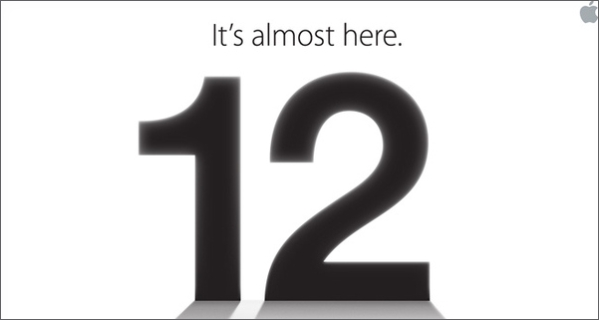 Apple sent out invitations to people requesting their presence at the historic at the Yerba Buena center in San Francisco – I say historic because all of the devices by Apple have been unveiled there. The invitation suggests that the event will start off at 10am on September 12th.

iPhone 5 rumors had been circling around for past two months, where hardware bits were leaked – such as the screen, then the body itself popped up, for the final week we have seen several videos revealing what might the final iPhone 5 might look like. But we are not 100% sure if the final product will look like that, but I guess we don’t have to wait long either – just 7 more days to go.

Along with iPhone 5, iPad mini is also rumored. The Alleged new iPad is said to be launched by Apple in October – with pre-orders starting later the same month. Apple usually announces one major device in one CES, so we could put our hopes on the rumors for a bit. So, 12th September marks the date, we will be hoping to bring you the latest from CES and cover all the devices announced.