It is finally here, the device that was rumored for so long finally made its way in today’s Apple event being held at California Theater, San Jose, CA. The Device was unveiled in a similar fashion to iPhone 5, boasting a 7.85″ screen, it is a first mid sized tablet by Apple and will directly challenge the all famous Nexus 7  by Google. The mid sized tablet will start shipping in —— and cost will vary for different hardware specifications. 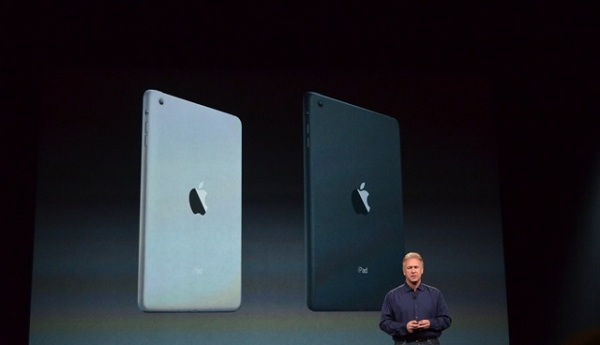 The tablet will feature a 1024 x 768 resolution screen, unfortunately it is not of retina quality and thus not a “prime” device. The tablet will be powered by A5 chip and — RAM, along of which a 5 megapixel camera will complete the design. iPad mini will be available in varying memory sizes ranging from 8 GB to 64 GB, since the iPad mini wont have a retina display it means that applications will be lighter, so 8GB memory option is not that bad. Let’s take a deeper look at the specifications of iPad mini.

We will fill you in with more information about the devices released by apple as the event goes on.