Rovio has done it again! The moment you start to think that the franchise is out of ideas, they comeback with a blockbuster to show that they are still massively in the game. The game under review today is dubbed “Angry birds Star Wars” and as clear from the name, it takes on star wars theme where you have to save the planet this time. There are a lot of new characters dressed under the same clothes, and quite frankly, they are fantastic. The game inherits the interface and background themes from the previous title i.e. angry birds’ space but it gets a new feel thanks to rather splendid background music which alone is enough to keep you entertained. Let’s take a deeper look in what Rovio’s latest game has to offer.

Those of you who have had a chance to play Rovio’s games before must know that they don’t let down on graphic. Fighting through space dressed as characters from Star wars, the birds are more detailed than ever. Plus, there are new characteristics to the game play as well, which we shall discuss later. The new things in graphics are the laser beams, which both the Jedi and the birds use to defeat each other. 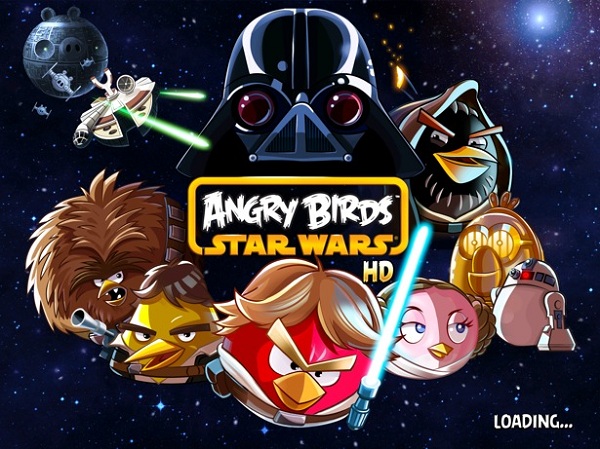 Sounds as I said before are enough to keep you entertained, the star wars themed music sits in well with the graphics and the gameplay. There are new voices, robotic ones, and I couldn’t notice the usual “oink” from the pigs as well. 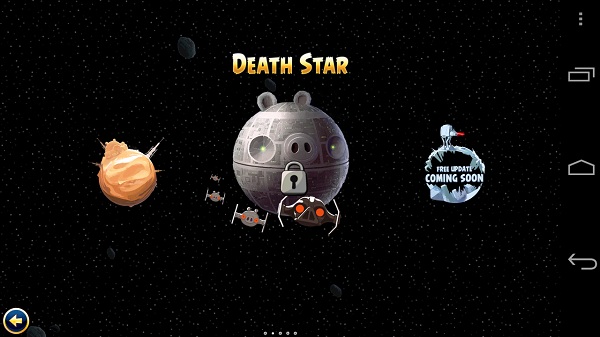 I managed to play first 18 levels before I wrote this (and I’m playing in intervals as I write) and I found myself “hooked” from the beginning. That’s hard to do, because the gameplay concept isn’t exactly new.

It is very hard to keep users tied to the same sort of game over the years; Rovio however, seems barely affected by that. The new game features the same drag and release sling-shot action, but the new characters make it more exciting than the previous iterations. For instance, the black bird which used to be a bomb can now send sound waves where tapped and can knock down walls. The yellow speedy bird can shoot laser where you point and the red bird carries a light sabre which you can use to destry solid blocks and move on. 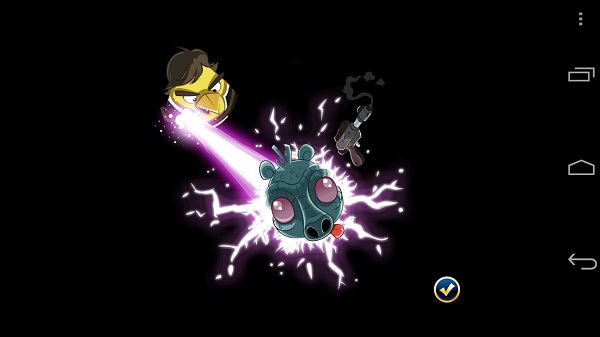 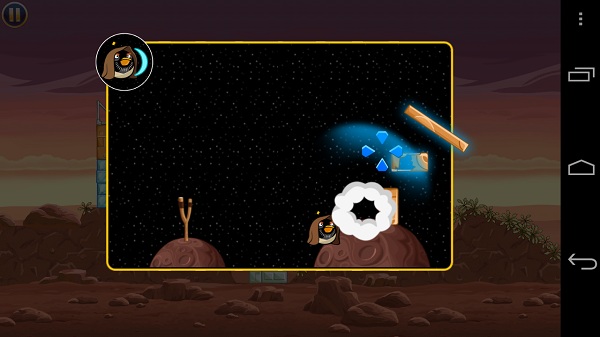 These were the characters I unlocked till the 18th level, I am sure more are to come as I go on. There are more than 80 levels to play, and as Rovio suggests, the game will be updated (freely) constantly to bring players new levels.

If I had to describe the game in one word, I’d say fabulous. Not because it is just another Rovio game, but because of the creativity they have put into making this game.