Android, with nearly 25% penetration in US smartphone market, is expected to be the leading Mobile OS in near future. Comparing to last years Android market share of only about 5% in United States, the current figure self speaks its adoption rate. According to experts, Android will beat iOS and all other Mobile OS (for that matter) by 2014 and lead the market from then on. The current release, Android 2.2 also known as Froyo has been a huge success and we have seen massive Android adoption lately. You can keep an eye on Android based phones by visiting DroidThing. 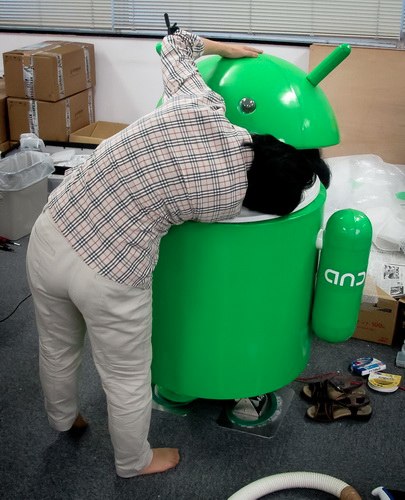 The next major update to Froyo will be Gingerbread that will happen this year (soon enough). Also, it’s official that Honeycomb will follow Gingerbread in year 2011. Rumors are coming in that the most anticipated/mature version of the OS i.e. Android 4.0 will be called ‘Ice Cream‘. Source: According to Forbes, president of ARM called Android 4.0: Ice Cream, and they’re confident that this is the official name for Android 4.0

Android to become the Leading Mobile OS by 2014