Android 2.3 Nearing its Release with Tons of New Features

Android’s next inline release, version 2.3, codenamed Gingerbread was expected to be released in Q4, 2010. Behold, the release time has arrived and it’s going to be any day now (sooner than you may think). According to engadget, an engineer from Google has claimed that Android 2.3 will be the next major release i.e. it will have a Revamped User Interface along with many new features. Moreover, a couple of days ago, Google mounted a giant gingerbread man in their front lawn, telling that Android new version i.e. Gingerbread is right at the corner. (see video at the end). 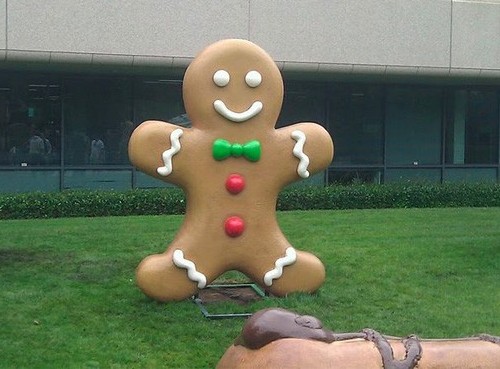 Among many new features promised (some expected) in Gingerbread operating system are WebM video and WebP image support, support for Google TV, support for Video Calls and support for bigger screen sizes even up to a resolution of 1366×768. Major changes to Android market such as its own Music store and a separate market place for games are also expected with the release of Android 2.3. it is also reported that Google will improve some of the core functionality like copy-paste and social media support to make it comparable with iOS.