Acer has announced the worlds thinnest touch ultra-book naming it the S7. Acer has been doing well with their newly refreshed lineup of notebooks including the travel mate series and the V series, previous S4 ultra book isn’t that bad either and had been praised by many critics. Featuring an all-aluminum uni body design (much like the mac book air) the S7 looks exceptional. Depending on the model, the ultra-book will weigh only 2.29 pounds. 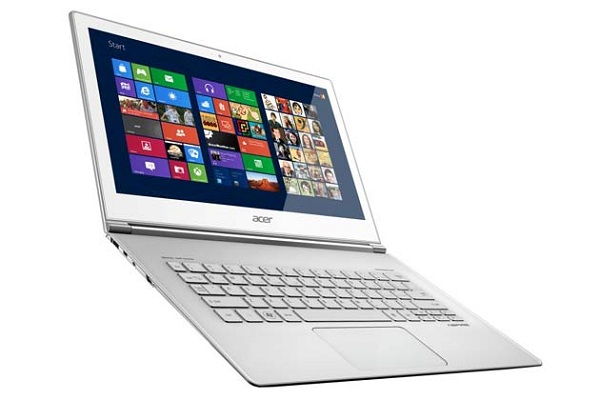 There are two variants of the model featuring  either a 13.3 inch or 11.3 inch full HD (1920 x 1080) touch screen that are protected rigid lid made out of white Gorilla Glass 2 or aluminum. Optimizing the touch capabilities the lid tilts back a full 180 degrees allowing it to be used flat against the table or desk; a hotkey rotates the view 180 degrees making it easier for you to share it.

Good news carries on with the backlit keyboard, it has light sensors built in which would adjust the brightness of the keyboard according to the light conditions of your surroundings. Featuring Windows 8 and a 10-point touch screen, navigation throughout the interface is ‘natural’ as we already know windows 8 is designed for tablets. 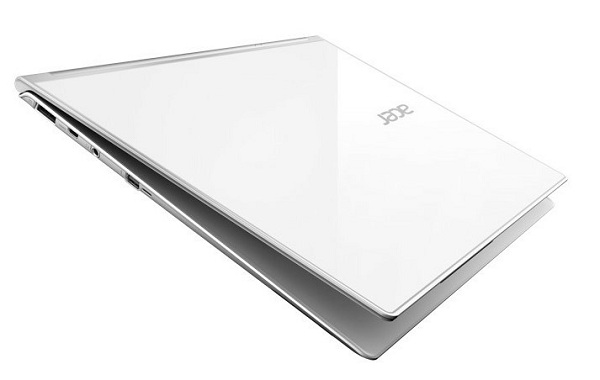 Other features include 3rd generation of Intel processors, solid state hard drives and up to 12 hours of battery life.

Despite the thin design, the Aspire S7 packs a lot of power with 3rd generation Core i5-3317UB or Core i7-3517U processors. Along with that, speedy transfers are guaranteed with SSD inclusion which is configured in RAID 0 partitions. In addition to that, S7 ships with micro HDMI to VGA cable to hook it up with projectors or your TV’s.

Acer will ship these devices with ‘Acer Cloud’ much like iCloud, it will synchronize the data from your one acer machine to another. Not only you can access the data, but you can download and share it among other PCs and mobile devices even if the acer is in sleep mode. As long as asire is in Sleep mode, the Connect technology can wake the device up through Wi-Fi. 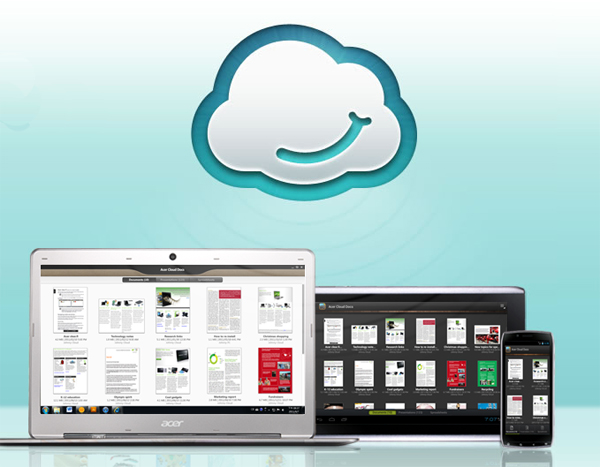 So overall, aver cloud will add extra functionality and desirability to the ultra-book.

All models in the Aspire S7 Series also include Acer Theft Shield, a free software based solution. When enabled, the Ultrabook recognizes the distance from a designated Wi-Fi signal source, and if the system moves beyond 10 feet of the signal, a loud siren will sound from the Ultrabook’s speakers. This feature can easily be enabled and disabled, and will be especially useful when traveling.