Acer has reveled a 7-inch and 10-inch Android Tablets in a Press Conference in New York City yesterday. The 10.1 inch models confirms the rumor that Acer being working on a Tablet based on Nvidia Tegra II chip, while the 7 inch tablet will be fueled by 1.2GHz Qualcomm dual-core CPU. The world hasn’t yet been able to come at consensus for the right size of a Tablet (iPad or Galaxy Tab), so to solve this issue, Acer decided to offer Tablets in all sizes. This is something good coming out from a hardware company; people can select the size they like and every sized tablet will be running the same software, i.e. Android with Acer’s custom UI.

A little bigger than iPad (9.7 inch diagonal), the Acer 10.1 inch tablet will have 1280×800 screen resolution, is powered by 1 GHz Nvidia Tegra II SOC. Thanks to Tegra II the tablet will run full HD videos flawlessly consuming very less power, this means long battery life. Unlike iPad, the Acer 10.1 inch tablet will fully support Flash version 10.1. To match the specifications of next generation hand-held devices, Acer has put an HD front facing camera for video chat as well as a 5 megapixel rear camera on the device. The tablet also offers HDMI output of 1080p video playbacks. 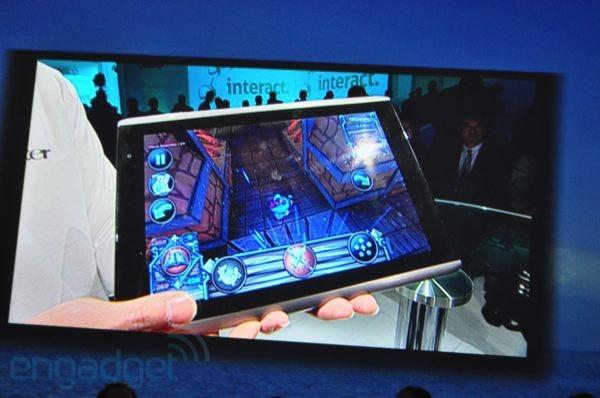 The capacitive multitouch screen offers up to 10 simultaneous touches, that’s enough as iPad supports up to 11. The tablet has a 6-axis gyroscope and will hopefully be running Android 3.0 (Honeycomb). Both the tablets will have WiFi  and 3G support, however, the 3G model will be shipped in May, 2011 (a month later).

Unfortunately the 7 inch tablet will not be running the Tegra chip, but putting no compromise on speed, Acer will be packing 1.2 GHz Qualcomm dual-core CPU in it. The 7 inch tablet will have 1024×600 screen resolution matching with Samsung Galaxy Tab. This device will also have front facing and rear cameras as well as WiFi and 3G network support. 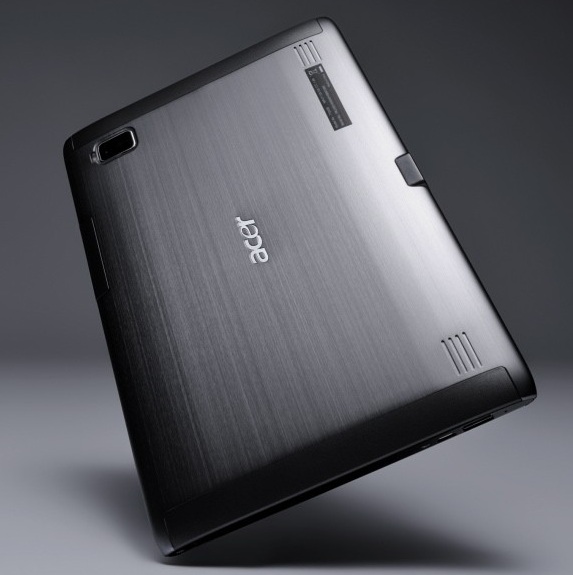 Both the tablets will be shipped in April, 2011 by which time Android version 3.0 codenamed Honeycomb will definitely be out. There’s no word on pricing for now, but that 10.1 inch one looks to cost handsome bucks. Meanwhile you may like: