Acer announced this 4.8 inch device along with other larger ones at Press Conference in New York city, a few days ago and we all were impressed by the features that they are putting in these tablets. In a nutshell Acer will ship 4.8 inch, 7 inch and 10.1 inch Android Tablets as well as 10.1 Windows 7 Tablet along with WP7 based phone in year 2011. I wonder how they’re gonna manage and market all those device in such a short span of time in between their releases. Here are some of my thoughts on the Android phone by Acer:

Tablet or a Smartphone?

In the press conference, Acer said that this 4.8 inch Android device is ‘100 percent smartphone. 100 percent tablet’, to which I disagree for two reasons; first the 4.8 inch should never be categorized as tablet and secondly, most importantly, it’s running Android which suits better for phones. There should be a difference in the operating system between a phone and a tablet (same goes for apple). Acer is also cooking a 10.1 inch Tablet based on Windows 7, now that’s what I call a tablet. 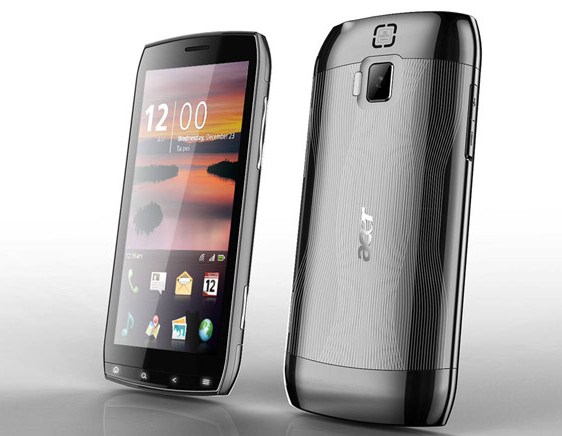 An unusual screen resolution of 1024×480 with 21:9 aspect ration may suit well for a rather very wide 4.8 screen. The heavy screen resolution and specs are powered by 1GHz Snapdragon processor. The device has a 2 megapixel front-facing camera and 8 megapixel camera with LED flash on the back capable of recording 720p HD videos. Sensors include a six-axis Gyroscope and accelerometer, and Bluetooth, WiFI, 3G support as well.

There is no definite figures for price, but it’s destined to released in April 2011 for sure along with other Android tablets. Acer will have to compete with many other smartphones in the market, so it’s my analysis that this device will cost you well under $450 without a contract.