A good start to 2013, here is a glimpse of future OS of Smartphone’s

A very good start to 2013 indeed, we love new technology, and what could be better than the fail-proof linux based OS coming to smartphone platform. Yes, we are talking about Ubuntu OS and you can expect it to find on your Smartphone by early 2014. There are several other operating systems trying to emerge as well, there is jolla and then there is Firefox OS. While i agree that there are a few too many operating systems on the wild but Ubuntu has an advantage, it would be a little more mature than Jolla and Firefox would be; because they have experience, support wont be an issue as well. 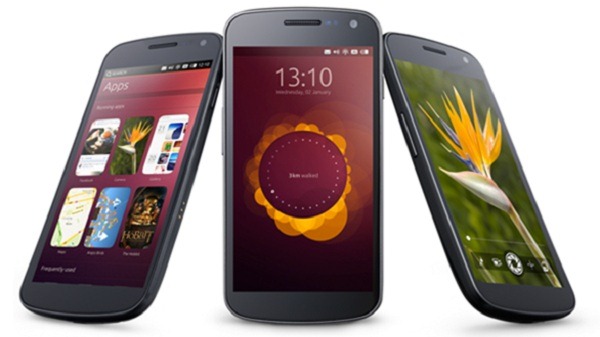 To begin with, Ubuntu OS makes heavy use of gesture based navigation. Youcould use all four screen corners to invoke different commands. For instance, if i wanted to see my last used apps, i would just swipe from left to right a bit, and if i wanted to see the whole list of apps you just do the same with a long swipe. There is a menu as well, and like other features, you have to invoke with a swipe gesture i.e. swipe from bottom.

Now talking about applications. As we know that Apple and Android are the leaders when it comes to availability of apps. Ubuntu is based on the same kernel as Android, but, Ubuntu OS does not utilize the Dalvik virtual machine, which is a pre-requisite to run android applications, which is a little strange as both of the operating systems share the same roots. But, having said that, this could be the winning point for Ubuntu, perhaps the native support will increase the stability of apps on it.

Searching through your system had always been easy in Ubuntu, the priorities haven’t changes much in the mobile platform and you cn wasily navigate to it by swiping down and search as you may on Ubuntu desktop version. The searched element could be anything from content on the device, online sessions or even Google the items. The lockscreen has been re-invented as well, and it’s not even called a lockscreen. the Canonical has decided to call it the welcome screen.

As with the desktop version of Ubuntu, search has been given high priority. You can search by swiping down from the top of the screen and as you type the relevant content appears on the screen, which could be content stored on the device or even available online from various sources, such as Wikipedia, for example.

Canonical has also reinvented the lockscreen on Ubuntu for phones. They like to call it the welcome screen instead. All your slide gestures will be available from this screen so there is no “unlock” procedure, just call it the home desktop for phones.

Last but not least the docking feature of the OS. Motorola were the first company to visualize this with the Atrix, they called it the webtop, Ubuntu have decided to give it a shot as well. Once docked, you will be able to utilize the full operating system on a screen, that’s brilliant.

The OS is expected to make appearance in early 2014 and the only current dedvice that has been seen running it is the Galaxy Nexus. We are hoping  for more screenshots and more demo’s from the company, till then, you can enjoy this video teaser.