A new “Word Clock” has surfaced which uses words rather than numerics or dials to tell time. The concept has already been implemented by various people and we have some awesome pictures of it. A brand named QlockTwo offers these beautiful clocks in various colors and 6 languages. Many clock concepts have surfaced recently which looks cool but are neither viable nor practical. This new design, however, can be easily self-made with the help of controllers and LEDs and a little programming! 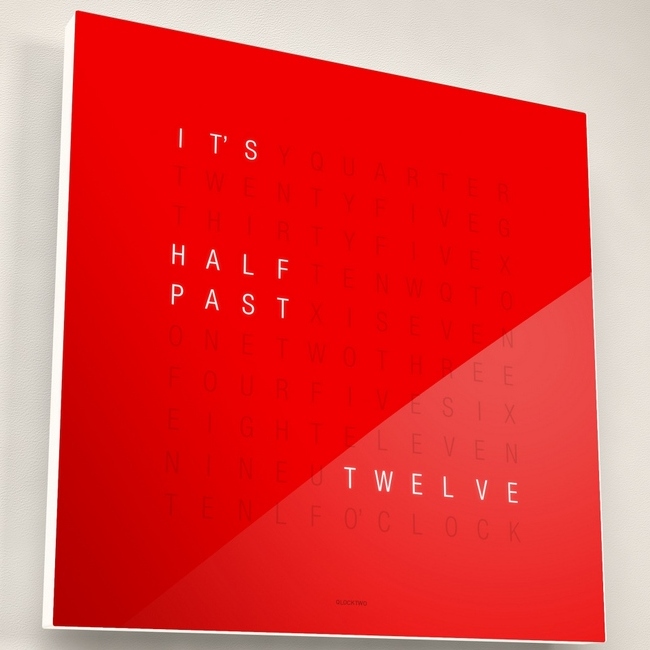 For now the clock can give time in 6 following languages: German, English, Dutch, Italian, Spanish and French, while available in 5 different colors. They also offer an iPhone app and you can follow them on twitter fo latest updates. 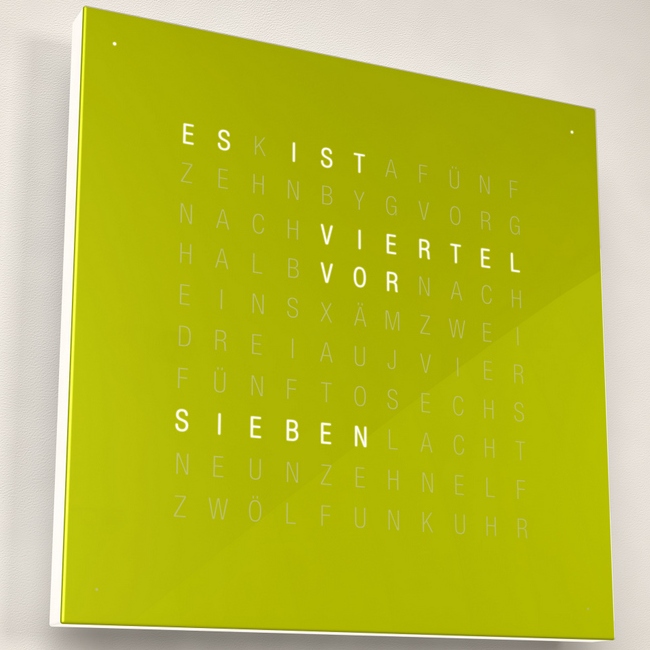 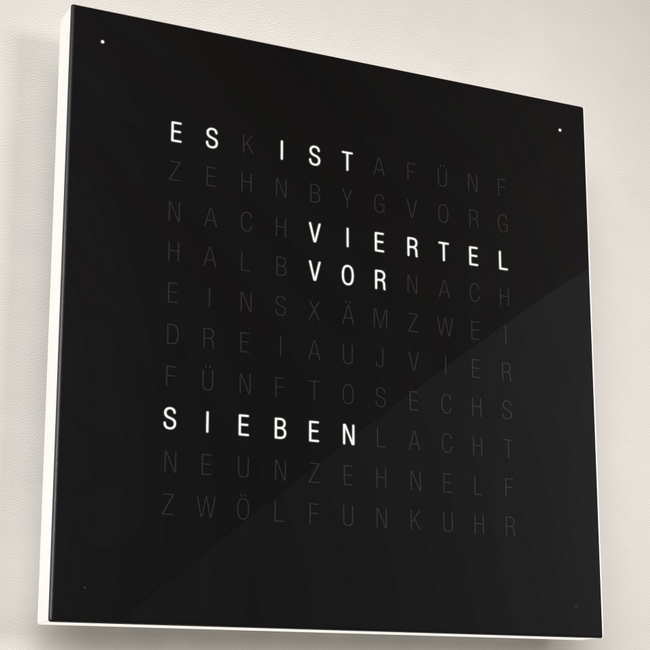 Now the fun part, If you are a geek and want to make this type of clock at home then there is a full tutotial available at Instructables. The main idea is to make a customized PCB board and etch the words on it. Now, the words are enlightened through powerful LEDs and controlled through a PIC micro-controller. Such clocks are also commercially viable given that they are low cost, but the design is unique. They also give you the PCB layout so you don’t have to make your own. The self homemade word clock looks very cool to. Try it, I bet you. 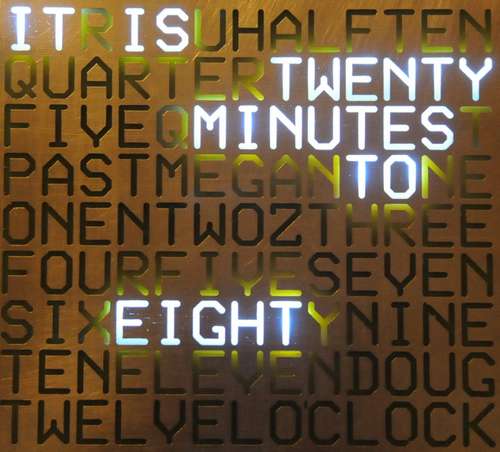 Similar concept can also be used to designs which represent names and signs which correspond to time. Do tell us what more do you think is possible with this setup!