We are able to compile all the information about next iPhone from the web. Note that these specs and date are not final until Apple releases the iPhone 4G. The new iPhone is believed to have 64 GB of storage and a 5 megapixel camera. It is highly expected that Apple will release the 4th Generation iPhone at WWDC 2010 happening at San Francisco’s Moscone Center from June 28, 2010 to July 02, 2010. Now as we have the official specs of Google Phone, it evident that the new iPhone will have the same or better specs than Nexus One. 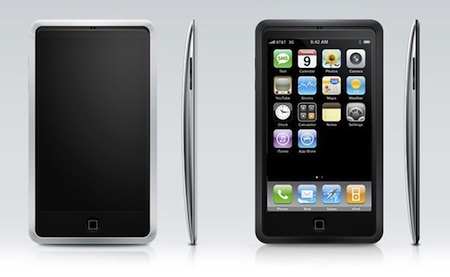 Earlier Gizmodo suspected the Phone to have a 32 GB space and a 3.2 megapixel camera. However it’s confirmed that new iPhone will have a 5 megapixel camera. We’re not sure about the storage space whether it’ll be 32 GB or 64 GB. But it’s higly likely that it’ll have 64 GB. We really need video on new iPhone and i’m sure Apple will add this feature. Although there are apps available to make video from iPhone 3G and 3G S, but the result is very poor. They can give a maximum frame rate of up to 6-7 frames per second which results in a poor quality video. Although people call it iPhone 4G, it will use the 3G network and may come in market from some other name. Here’s an add about it, I don’t know whether it’s fake or not.

Update: It has been confirmed that iPhone os 4.0 is coming with the new iPhone. So even if it’s not 4g, we’ll still have a 4 with os.

Update 2: Sprint’s 4G network is now available in over 30 cities for iPhone. So upcoming iPhone should have 4G network otherwise it’ll FAIL.

Update 4: WWDC 2010 is happening from June 7-11. Apple will announce Next generation in these 5 days. Register Here