At CTIA 2011, the Korean electronics giant, Samsung proudly introduced two new additions to the Samsung Galaxy Tab family. The oldest member being the Galaxy tab 7 and new ones, 8.9 and 10.1 .The two new models not only have bigger screen sizes, 8.9 inch and 10.1 inch respectively, but they also bring a host of new features along. 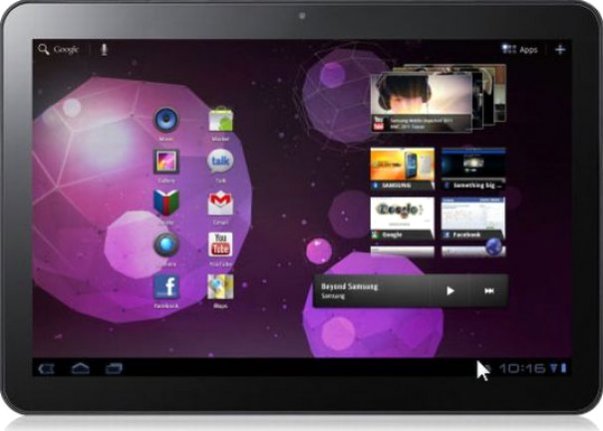 Samsung is really proud of the fact that these new tablets are the lightest and slimmest in their class, with a pretty impressive thickness of 8.6mm.

Both the new models have a capacitive touch screen, a 1280×800 pixel resolution and work on a dual core processor, they run Android 3.0 with Samsung’s new Touch Wiz UX 4.0 skin add-on. They also have Dual camera with auto focus and LED flash (3MP front and 2MP rear). Samsung also claims a 10-hour battery life, just like the iPad 2. The tablets are equipped with an accelerometer, Gyroscope, light sensors, and a compass as well as A-GPS.

Samsung has also thrown out few clever accessories which include a Bluetooth headset shaped like a pen to keep in your pocket, a dock which charges the device and allows you to connect via HDMI, and a connector port for easy access to USB card readers etc via the proprietary USB port.

The Wi-Fi Only version of the tablets will be available in summer for $469 and $499 for 8.9 inch and 10.1 inch model respectively. You can also double the storage by paying an extra $100.

Samsung with all these sizes, features and pricing has deepened the Tablet competition further.