FIFA 11 is the 18th title in EA’s football video games. Released in Europe on the 1st October 2010 on all platforms with the exception of the Wii and Nintendo DS, and finally, the new and old fans of FIFA have something to get excited about. With improved celebrations and all new features, FIFA 11 was sure to be a big hit with the buyers.

FIFA 11 has always aimed to be the most realistic football video game, and the latest addition certainly does that. With all new ball control and passing, the game becomes even more realistic. The new gameplay also involves the player a lot more, with features such as ‘Be a Goalkeeper’ which, well, does what it says on the tin. The all new ‘Career Mode’ also improves the gameplay in many ways. With new options such as ‘Player Mode’,’ Manager Mode’ and ‘Player/Manager Mode’, it gives the user much more option as to how they want to play the game. But to all you ‘old-skool’ FIFA fans, don’t worry, all the original game modes, such as ‘Be A Pro’ and FIFA Ultimate Team, are still there. 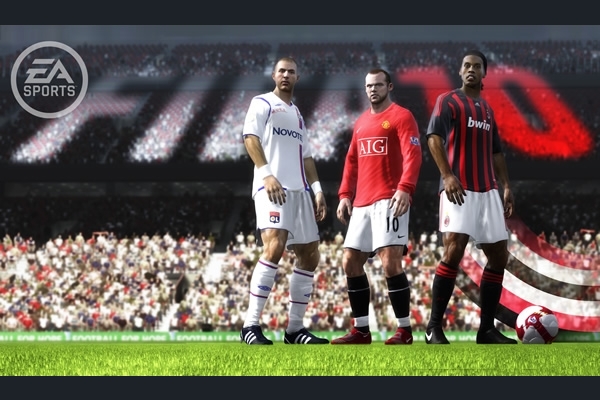 With all these game types, comes a general improvement which comes across all aspects of gameplay. Personality Plus, which takes the game to the next level. Personality Plus, exceeds all expectation from EA Sports, giving the game its most realistic feature yet. Personality Plus means players run, shoot, dribble, pass and tackle. Unfortunately, the same problem crops up with features like this on FIFA, only the ‘big names’ are affected by this, so the lesser players will just be at standard.

As soon as you put the disk into your console, you can immediately see the minor improvement in graphics from FIFA 10, with colours and text being sharper than ever before. EA Sports have also given some of the menus a brand new look. With the standard game menu changing year to year, this was all expected, but the secondary menus, are far more unique. In ‘Career Mode’, EA have given the menu, a fresh look, with more colour and interaction. The gameplay visual have also improved, with kits being more prominent and arena stadiums being ever more delightful, there are very little if no issues with the improved visuals.

The online features live up to the previous FIFA game, mainly because they are the same, but there is a new feature for online. When you have played in the arena, or played an online game, your leader boards make it easier to compare with your friends how you are doing, and also how you are doing. The ranking system is also enjoyable on FIFA, as you can see how you are progressing and your strengths and weaknesses.

I would give an overall score of 8/10 to this game. The game is available for all Platforms.