EA on Battlefield 3 – ‘Like this and we’ll show you a trailer!’

DICE and EA sure are using some interesting techniques to try and entice people to investigate their newest game Battlefield 3. EA has said that when the “Battlefield Facebook Page” receives enough views they will release a 12 minute video. 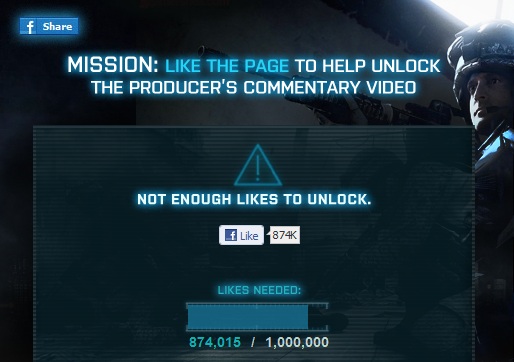 EA have stumbled upon a whole new form of advertising which is accessible by millions of people and costs virtually nothing to set up meaning they will build up a huge fan base in a few days without even spending a penny. Source: zdnet

You may also like to read: EA confident to beat Call of Duty with Battlefield 3