Are you finding yourself asking the question “will there be a Black Ops 2?” Well Treyarch community manager Josh Olin has stated: “Your guess is as good as mine.”

He then went on to add: “We’re so happy with Black Ops – it was incredible. Everyone hoped it would have this kind of success. We all knew how well MW2 did, breaking all entertainment records, so the fact that Black Ops broke through it for a second year in a row and reset that record was incredible. We’re still really glad that we hit the ground with the DLC when we finished the game, because we knew we wanted to get it back out there.” 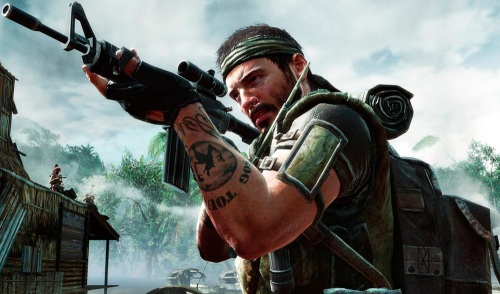 So, are you up for another Call of Duty Black: Black Ops?

Personally, I’d like to see the franchise return to its roots we already have so many new modern warfare games already on the market like Medal of Honor. We also have Battlefield: 3 coming and also the highly anticipated Modern Warfare 3 which is being developed by new developers Sledgehammer.  I have always had more fun playing the first games like Call of Duty one and two.  And to be honest I’m a bit tired of following some American guys around and forever killing terrorists which always seem to be Russian.

I enjoy games with some history about them. Nothing too complicated and something that will keep me coming back for more.  And that’s all we need. A simple, yet in-depth game which doesn’t go off on tangents and leaves you wondering what the hell is going on.