Black Ops – The Good, the Bad and the Ugly

After reviewing Call of Duty: Black Ops briefly in my other article I feel that I may have bought into the hype a little and started saying how a mind boggling, jaw-dropping, super awesome action game it was. Well after nearly a month of playing the damned thing I have come to see what the game really is.

Cut Scenes Vs the Actual Game

Let’s start with the single player. Right off the bat I was sucked in by the movie like feel of the game. Only later on to realize how boring and not very thought the game was. Sure, it would make a good movie with all those cut scenes but does it make a good game? No. I was forever bored by the seemingly endless cut scenes and pointless action shots. One scene in which you are the pilot of a Blackbird spy plane leads you to believe that you will be piloting this amazing machine but then all you get to do is start the engines and fiddle around with a joy stick trying to fixate enemies on a blurry screen which makes your eyes sore. I then went on to find out that the actual ‘gaming’ part of the game was a complete waste of time as well. 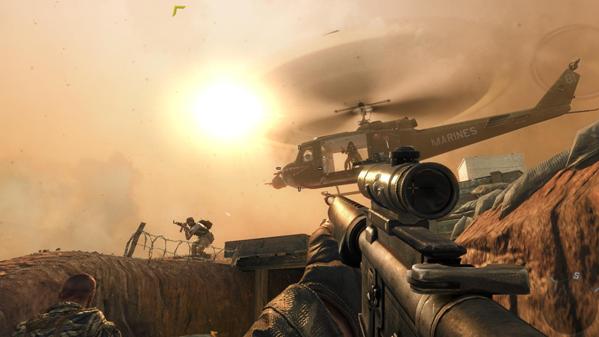 The fighting is uneventful and dull. Not to mention the over exaggerated scenery and set pieces which try to suck you in but leave you thinking that they have tried too hard or thinking ‘would that really happen?.’ During one stealth mission the game calls for you to kill an enemy who is in an exposed area without even telling you (even though you have been told to stay away from the light). If you do not kill the soldier and you stay in complete darkness the game will say that the mission is failed and guards will flood in and kill you.

The game also restricts players to doing what it wants you to do. For example, in one mission you run out onto an iron walkway and then hear one of you squad mates shout ‘RPG!’. After fixing your sights on him you start to open fire, to no avail. It seems that the enemy isn’t quite done yet, and you have to watch as he then fires his RPG which rips a hole in the walkway and leads to one of your team mates’ death. At first I was disgruntled at the fact that I was unable to kill him. So I jumped off the cliff, killing myself, and re-spawned further back in the mission. I then proceeded in trying to kill him a second time. Nothing. After a few times of repeating this I gave up and continued the campaign. This may not be a big flaw but it still annoyed me.

Now let’s go onto multi-player. The online section is riddled with bugs, huge lag spikes and horrible maps. The connection problems have sometimes made the game unplayable for me. No game is perfect online when it is first released but I was at least expecting Treyarch to have prepared a little bit more for what was to come. They didn’t even have a public beta for god’s sake. It’s like they wanted their own game to fail right from the start. Don’t get me wrong, the multi-player had huge potential but it has been let down by the lack of attention detail and player’s needs. Sniping also seems to have been ruled out. I have yet to be killed by a sniper yet which is something I find amazing because there are usually lots of people running around quick scoping. The maps are only good for sub machine guns and assault rifles which are both very overpowered. So if you fancy a good snipe you may as well just buy modern warfare 2. 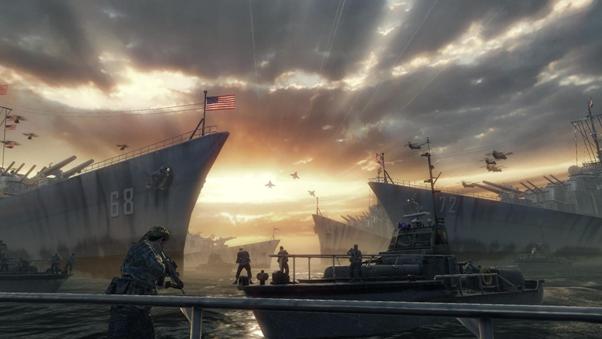 I also said in my other Black Ops review that the use of CoD points for buying weapons, perks and camouflage etc. was a great thing. And it is. Well, at the start anyway. It was good to buy weapons and attachments straight away without having to wait a while to unlock them. But it really does get boring after a bit because there are no challenging challenges. Yes, there are challenges like get so many kills with this weapon etc. but this did not appeal to me because the only thing it rewarded me with was experience points, which gets old fast. There are contracts too which spice the game up a little. Contracts are basically challenges but they must be completed within a certain time limit and reward CoD points instead of XP. But I never bother with these because I get enough CoD points playing regular matches. I must say that I do prefer the multi-player in Modern Warfare 2 due to the fact that you actually had to be good at the game to unlock the hundreds of variations of emblems and titles etc. whereas in Black Ops you just have to spend CoD points to gain them which requires no skill whatsoever. However, I do love the wager matches. The gambling feel toit seems to add a bit more thrill to the game and pumps you full of adrenaline. These matches are where you will find the really skilful players.

A good thing about the game in my opinion is the Zombie mode. It’s more exciting and packed full of cool features. They’ve also given gamers 3 maps to start with which I think will keep people playing it for a bit longer before map pack one comes out. I do feel that it chucks new players into the deep end at first though. The maps are sometimes confusing to get around and you can get lost quickly but once you play it for a while you will get used to it. The Call of Duty zombies is a unique featured has not copied games like Left 4 Dead or Dead Rising.

Treyarch and Activision really have produced a great game, but they seem to have tripped themselves up by adding too much, rushing it by not giving it a public beta and making the single player too ‘cinematic’. Even with its flaws it has gone down well with most people and critics and customers won’t just be buying this for the single player, it’s the multi-player that draws people in. And so Activision will still be making millions. As a PC gamer I do feel a bit ripped off. They didn’t check and fix their game before they released it; instead they rushed to get it out and it seems like a rushed port of the console version. It feels just same as the other Call of Duty’s and Activation have just got it out there without caring and milked a ton load of money from CoD fans.