With the unlimited desire to have high speed of processors, yet in a small size, less power dissipation and affordable cost, the competition is never more tough between the companies as it is today! Every time you turn on your PC, mostly it has either an Intel processor or an AMD’s one. Many people think that Intel is in lead, however, we must not ignore AMD as it is the largest competitor of Intel. Let’s us compare few statistics to examine the Technology, Products and Market of the two. 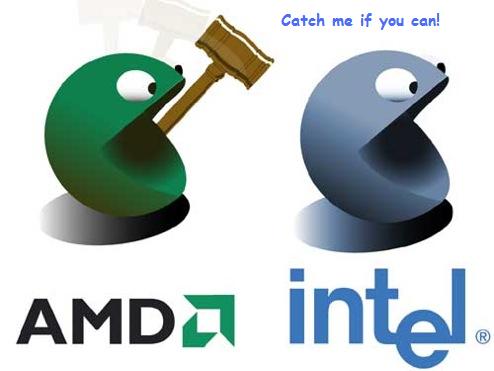 The least available, on Intel’s site

There are 38 other Processors available between these two for desktops

AMD also offer processors of wide range for Desktops, Notebooks and Servers, however, Intel has clearly taken a lead by releasing core i7 processors. AMD’s best, on the other hand, for the desktop is AMD Phenom™ II X4

AMD’s best for desktops yet

Despite Phenom™ II X4 slower than Intel’s Core i7 extreme, it’s only 1/4th of that price.

It may not be a wise decision to buy Core i7 just because it’s fast, because you may never use it’s full processing ever. For normal day to day use of computer including heavy software, watching films, using internet, Phenom™ II X4 offers you more processing than you require, or Intel Core 2 Duo processor will be enough for you. However, for extreme performance, such as required in gaming and video editing, Core i7 is the choice for enthusiasts. So it all depends on your use. But for the record Intel holds the credit of producing the fastest processor of the World, the Core i7.

AMD is the winner here. Power dissipation is a very important factor especially when you have 1000s of PCs in an office environment.  Also, it allows greater overclocking potential, and more stable PC environment.  In idle state AMD’s processor dissipate very less power making them ideal for Electricity bill and Environment. 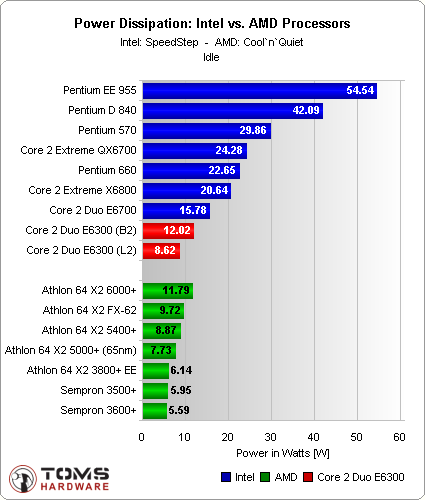 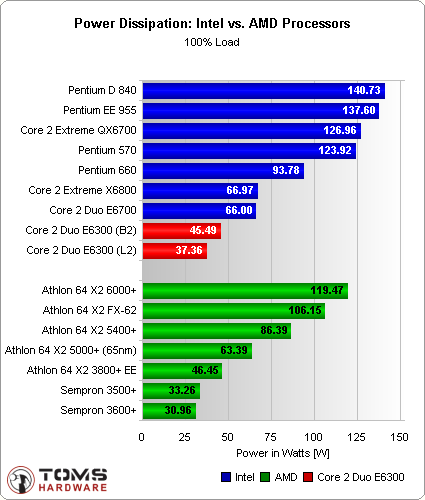 FSB or Front Side Bus used to be the greatest bottleneck in the processing of computers. AMD has dominated in this field by offering more than 2 times faster Hypertransport than Intel. However recently Intel has coped with this solution by introducing a new architectural change named Quick Path Architecture.

Another advantage Intel has over AMD is that it provides motherboard in 7 different series and has hold the largest share of motherboard market. AMD only makes motherboard chipsets, compatible its processors.

In 2006 AMD took a giant step and acquire ATI, the biggest rival of Nvidia, hence strengthening itself in the ever competing market of technology. Intel provides its own graphics chipsets on the its motherboard. Of course you can upgrade that one with power full Nvidia’s graphic card, but the builtin on board chipset by Intel is sufficient for most users.

Intel future seems to be brighter than ever, as it has made deep roots into a lot of things, for example according to apple:

Now every new Mac ships with an Intel processor. Experience delightful responsiveness from the smallest Mac mini to the most beefed-up Mac Pro. Use one of more than 7,000 universal applications that take full advantage of the Intel chip. Run programs from your PowerPC-based Mac in translation. Powered by Intel chips, your new Mac will do all those things that only Macs can do — and do so at an astonishing level of performance.

Intel’s Atom was a great success and so do Intel’s new Core i7 series, Intel always remained a few steps ahead of others throughout it’s entire history. However being in a competition, AMD can never compromise on the quality, so one can never say that AMD is not reliable even when it fulfills average user processing depends.

As a end note, I may say that both Intel and AMD are the right and only choices, it’s upto your budget to select the processor. If you can get a better AMD processor in same price as you are getting Intel, i’ll suggest AMD.