Intel is to releases its first processor for its Core i5 series in September. This series will also be based on the Nahelum microarchitecture. Along with this, Intel will also announce two more processors for the Core i7 series. The new processors are Core i5-759, Core i7-860 and Core i7-870. 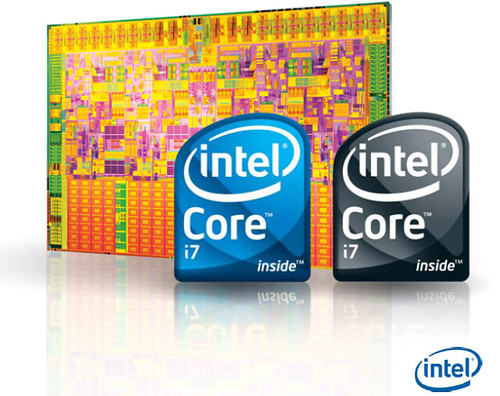 According to the processor manufacturing company which is based in Taiwan, Intel will begin shipping the new processors from early September. They will have the clock speeds of 2.66 GHz, 2.80 GHz and 2.93 GHz. The energy saving models of these processors which will be released in 2010 named Core i5-750s and Core i7-860s running at 2.40 GHz and 2.53 GHz respectively will have a TDP of 82 W rather than 95 W which is seen on current generation processors. 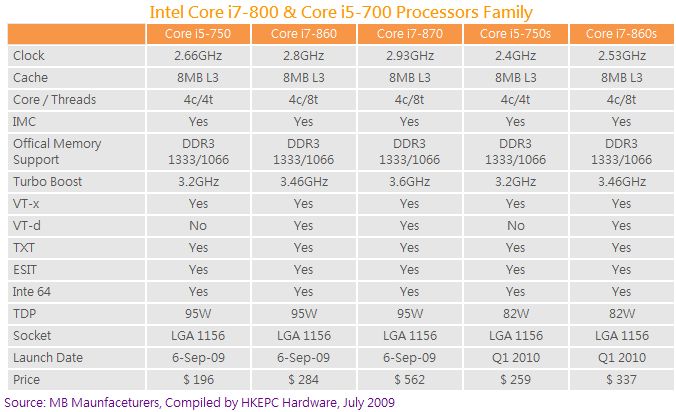 However, features such as Intel Turbo Boost will be supported which will enable the processor to run at increased speed. With this automatic overclocking mode enabled, the Core i5-750 will be boosted to 3.20 GHz, i7-860 to 3.46GHz and i7-870 to 3.46GHz. The three processors are expected to be priced at $196, $184 and $562 respectively.