A blue ray disc is the next generation of optical disc that can store up to 25GB of data on one side and 50GB on dual side disc. It stores more than 5 times the data as compared to a DVD disc

That means 10 hours of HD video on one disc! Another difference is that unlike DVD and CD which use red laser, blue ray uses violet blue laser to read and write data.

One question that arises in mind is that, how blue ray can store 5 times more data than DVD?

The answer to which is:

Below is a quick comparison between blu ray and DVD 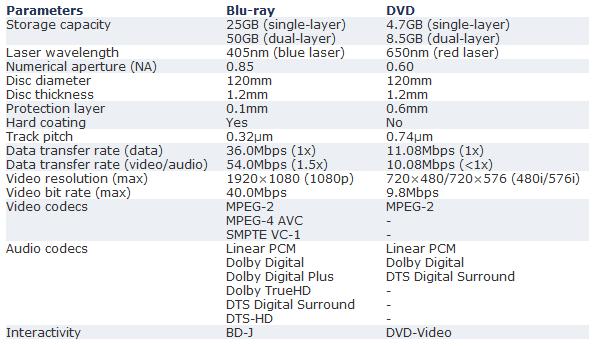 It has been reported that in near future, they release 20 layered blu ray disc capable of storing 500GB of data on a single disc. The successful experiments have already been carried out by Pioneer. As technology is progressing exponentially everyday, we expect more high speed and capacity storage devices in near future.