Introducing the Archos Gen10xs or the Archos 101, it was announced back in march but disappeared after that, Nexus 7 came into life and swept the market. It was only a matter of time that Archos would come back with the news of its launch, and now it is here. The much awaited Archos Gen 10xs is a 10.1” Android running tablet which runs on 4.0 OS which is scheduled to get jellybean update in near future. There is a lot of stiff competition in the tablet market these days and a tablet with nominal features and a high price simply cannot survive. Let’s take a detailed look at what we will be getting from the gen 10xs.

As we said that it sports a display of 10.1 inches and with a resolution of 1280 x  800, so a HD display, it has a very sleek designed, drenched in white color and a silver aluminum back it truly is a looker. The front panel is button less, screen covers it all, on the sides though it’s a different story, on the right side of the device you will find the volume rocker keys along with power button, on the other side there is a headphone jack a 3.5mm jack and SD card reader, on the base there is a dock connector and port to charge the device and to connect it with magnetic sliding keyboard case. The magnetic cover which can dock and protect the tablet is included in every box, so plus on the accessories. The tablet is only 8mm thick which is great, and besides the tiny design; the tablet does seem well made 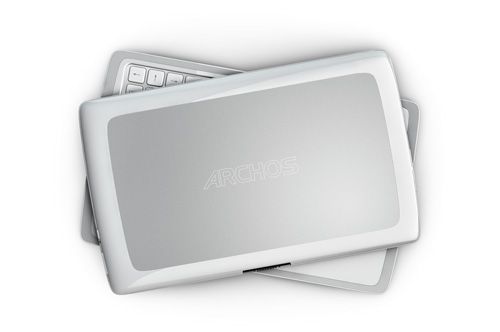 Thickness of the device is astounding, and we were impressed at first glance and admired the device aesthetically, the back of the device as mentioned has an aluminum-ish finish, which tends to get a little scrappy, we would have preffered something like Nexus 7 – which has a rubberized back, it just gives good grip and offers better protection.

Docks, it’s a craze these days; ever since Microsoft surface was announced most of the companies are targeting the dock able keyboard option. Although the GEN10xs was announced before surface it still makes people believe that Archos stole the idea, to make it clear – they did not. The inclusion of the cover board in the retail packaging is a great initiative; the keyboard makes it easier to type and can prove to be a netbook replacement. SD card option, Wi-Fi and Bluetooth are present for connectivity as well. 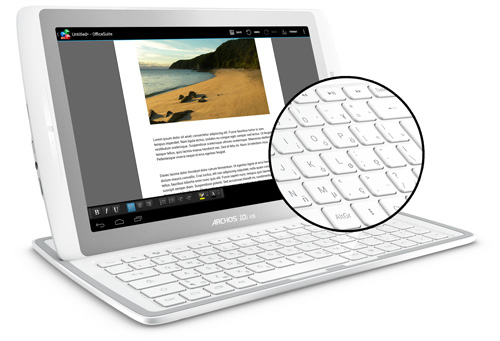 As far as Android is concerned there is some good news and bad news, the good news is that it runs stock vanilla android. That means no theme layovers for the device which many companies tend to do, the bad news is that although being released after jellybean was announced, it still runs ICS. However, Archos have mentioned on the packaging “Upgradeable to 4.1” so the update must be on its way soon as well. The add-ons however are great, making it a nearly perfect media device.

To better enlist comparison sheet, we thought we would compare them with the current tablet that is hot in the market, yes the Nexus 7.

So when it comes to value for money the nexus 7 is a clear winner, the G 10 xs might not be targeting the same market as the nexus 7 and the retail package might be better than the Nexus 7; the dock sure is a tempting offer considering the fact that keyboard add on costs hundreds of dollars for tablets.  But the Archos still is a good device, and if you have cash laying around then we would prefer it over other tablets such as the same in range iPad 2 or the Asus Tf300.