Acer has updated their Aspire G series, also known as Predator line of Desktop Gaming PCs with ASG7710-A41. The PC is enhanced with updated hardware, in terms of processing power and graphics acceleration. However, the orange casing and most of the components remains the same. Detailed updates are listed after the break. 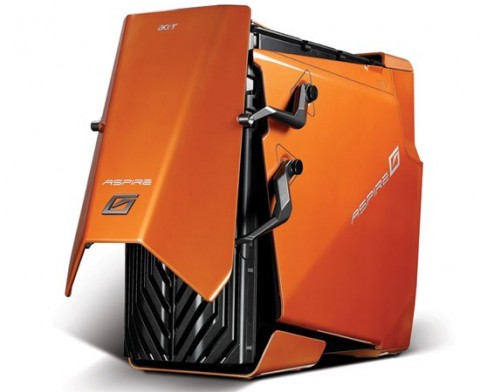 The new system is equipped with Intel’s X58 Express chipset. The processor has been upgraded to newly released Intel Core i7 950 3.06 GHz. It also includes 6 GB DDR3 RAM with up to 12 GB supported by the board. The machine also contains dual Nvidia Geforce GTS 250 in SLI. These specifications are not the world’s highest, but still makes the system to give extreme gaming performance.